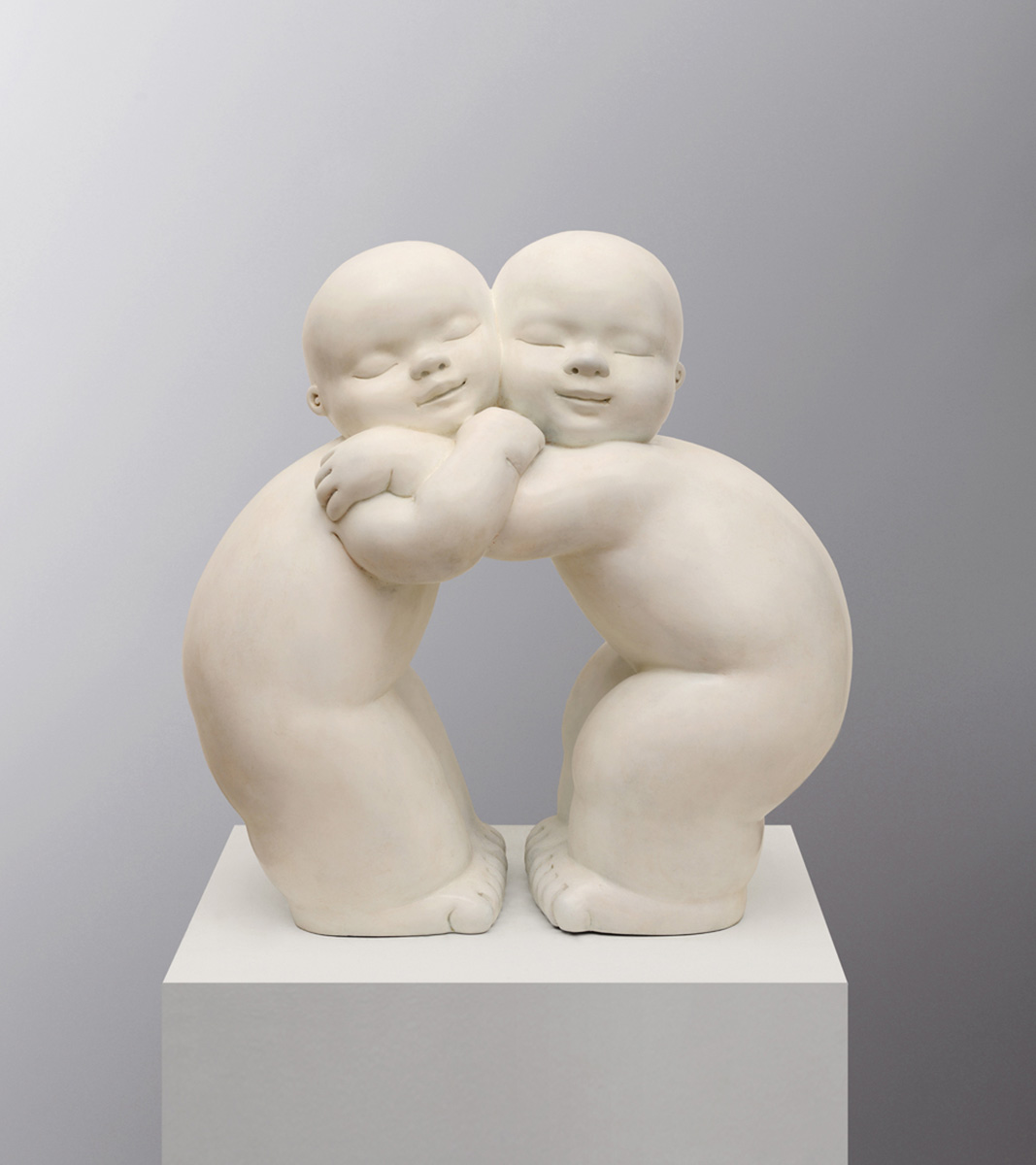 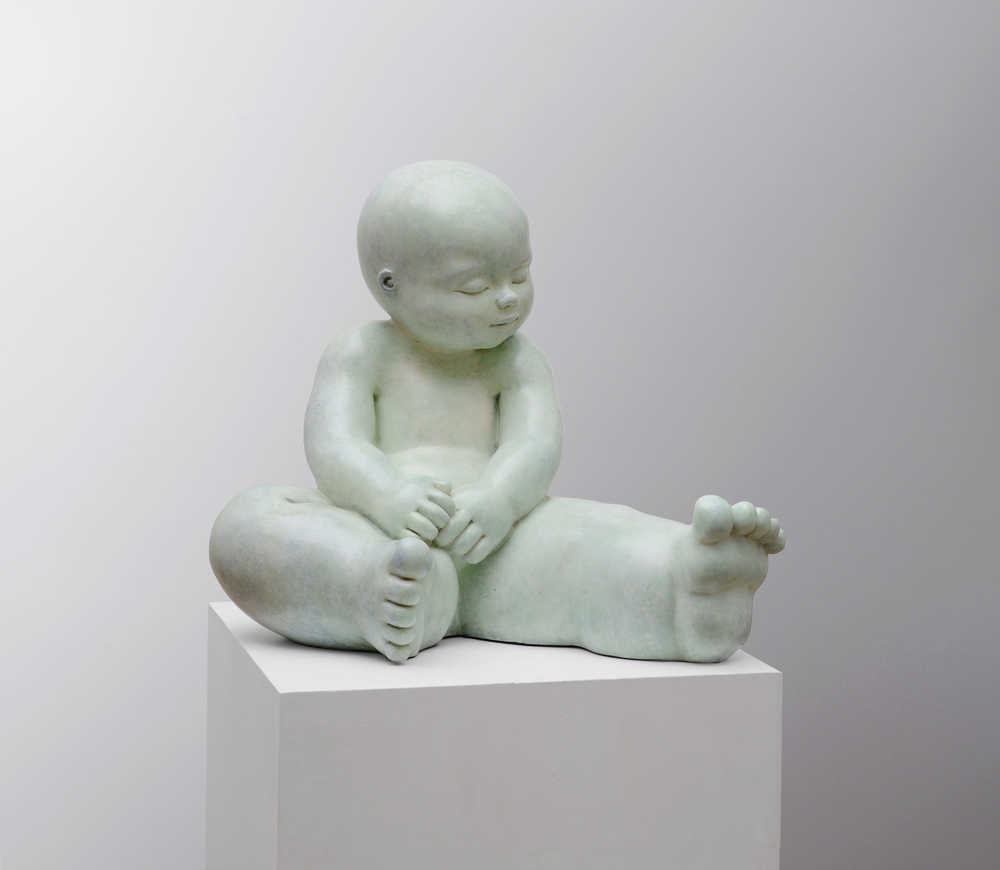 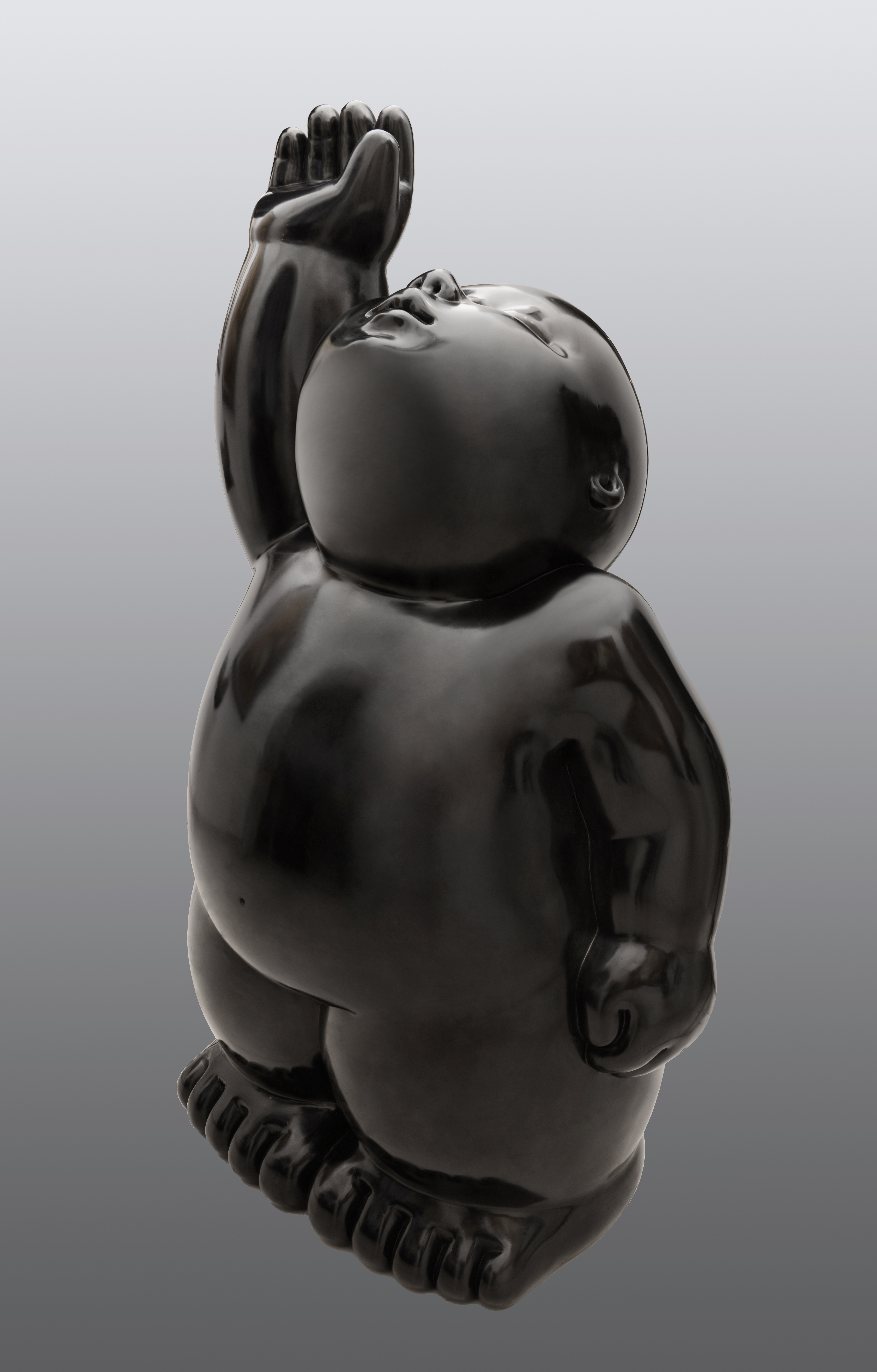 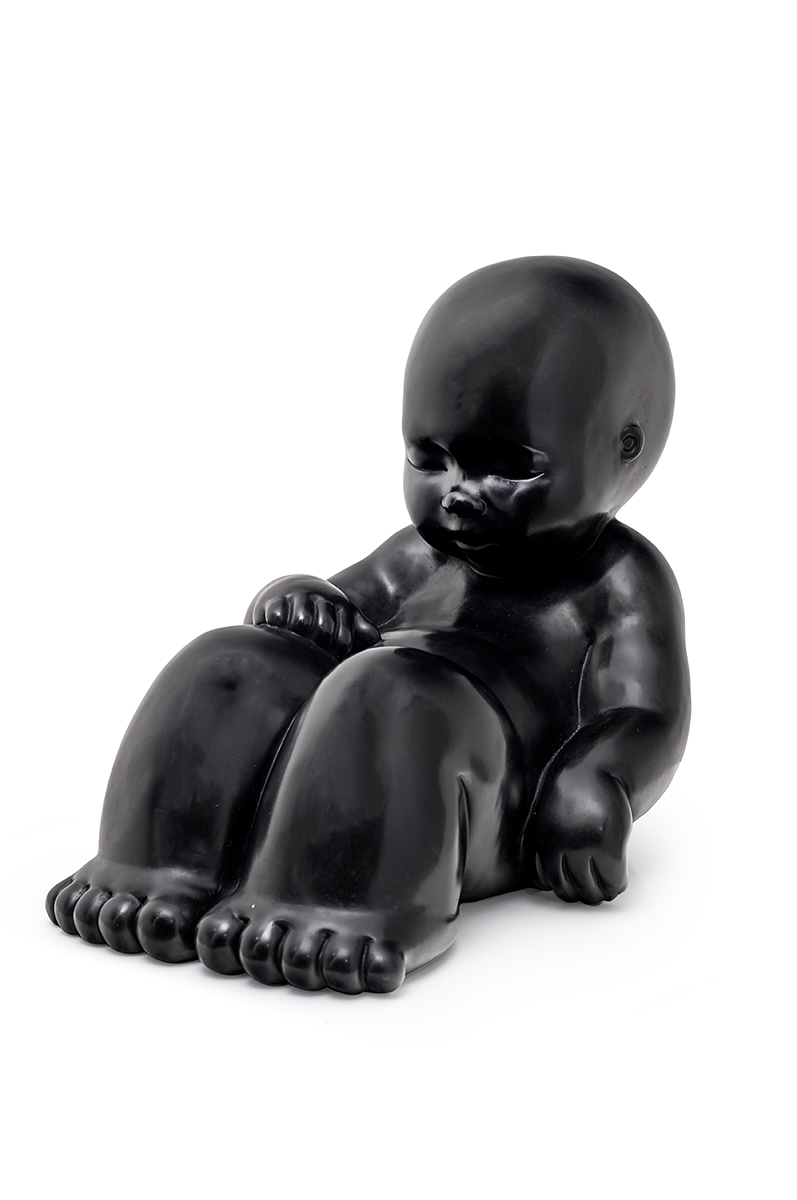 She received the Winternitz Prize twice in 1997 and 1999 and won the first prize in the national drawing competition in 2005.

His first solo exhibition dates from 2004 with stone as the first material.

She carries out several public commissions in Peru, teaches the Fine Arts of Ayacucho and the PUCP. She exhibits her work permanently in galleries and develops her technique with bronze.

Her work is figurative but not realistic, Mariela Garibay observes the world around her and transcribes it with great tenderness through figures with childish curves. Mariela Garibay’s sculpture is positive and generous, it immortalizes a moment of happiness captured by the artist, a moment of peace, a good memory, a smile, a surprise, simple and sincere joy. 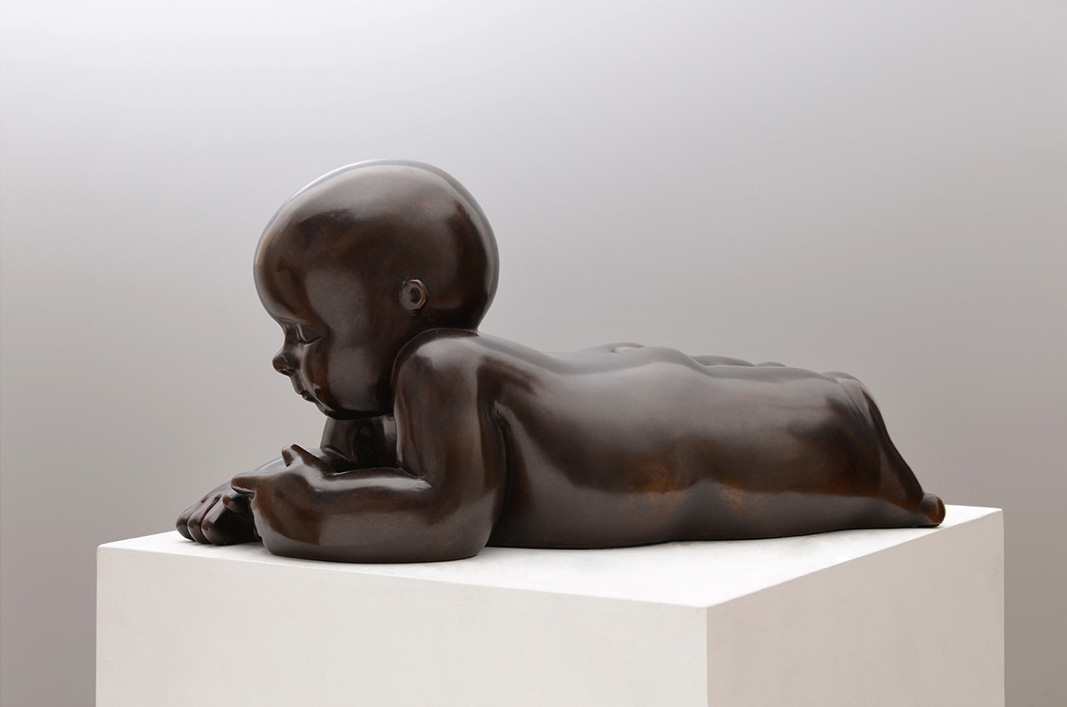 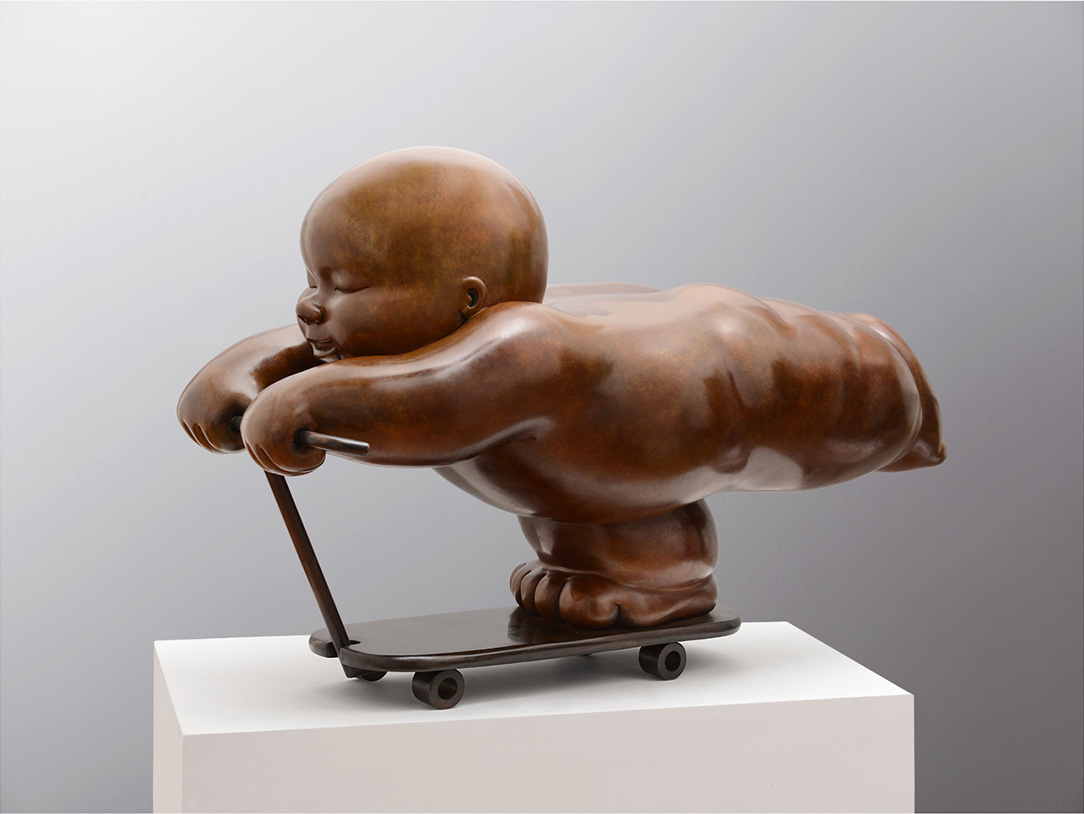 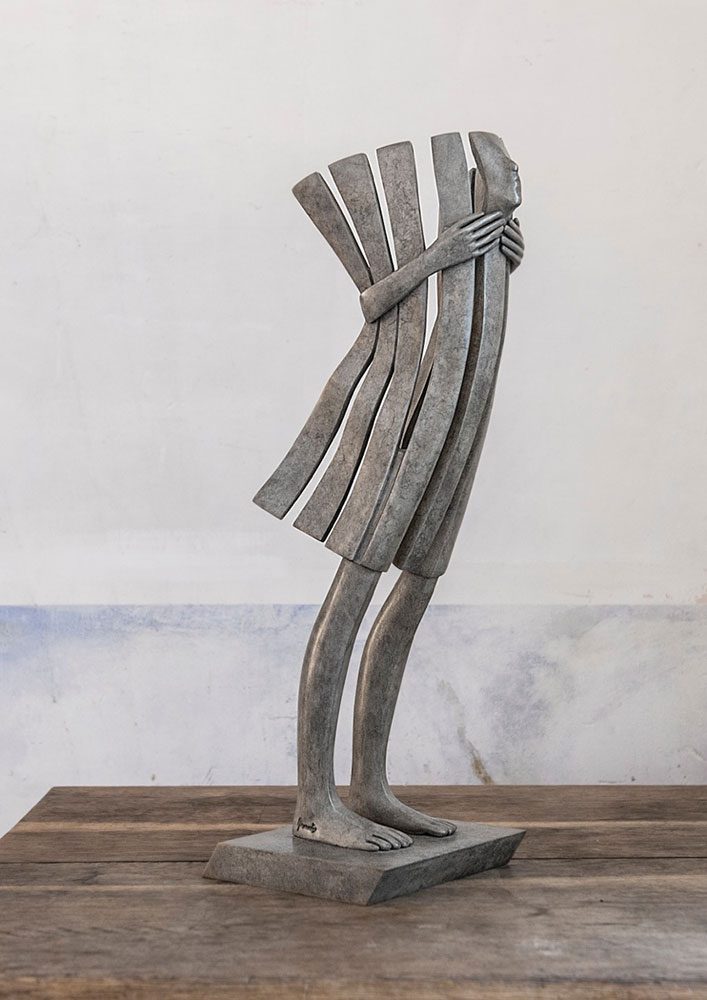 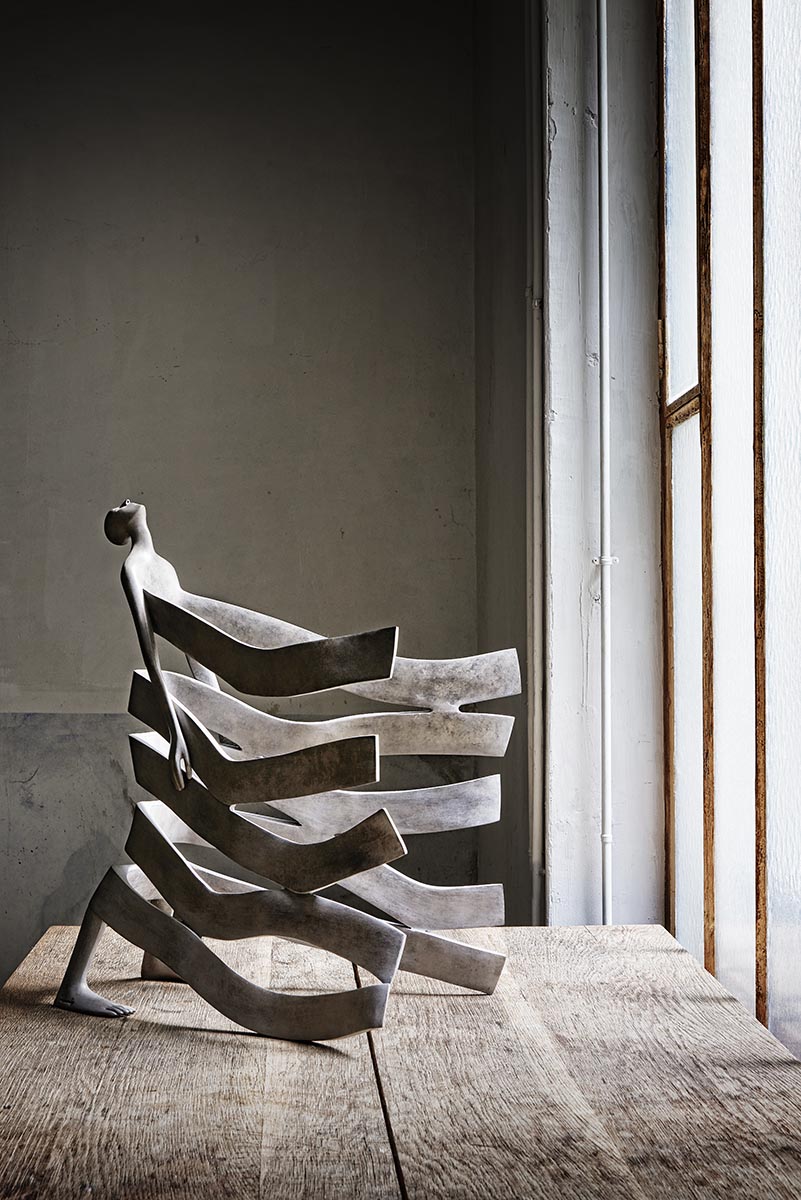 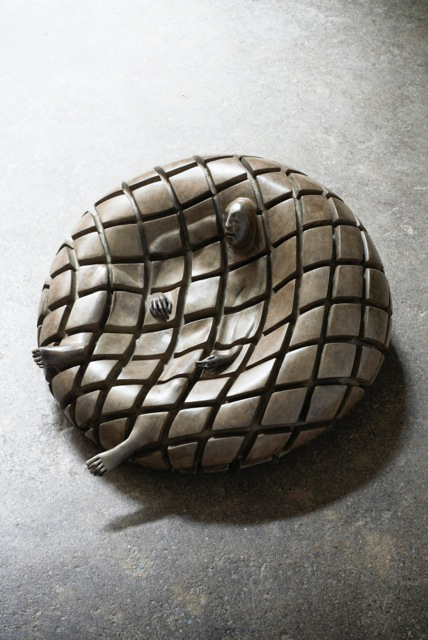 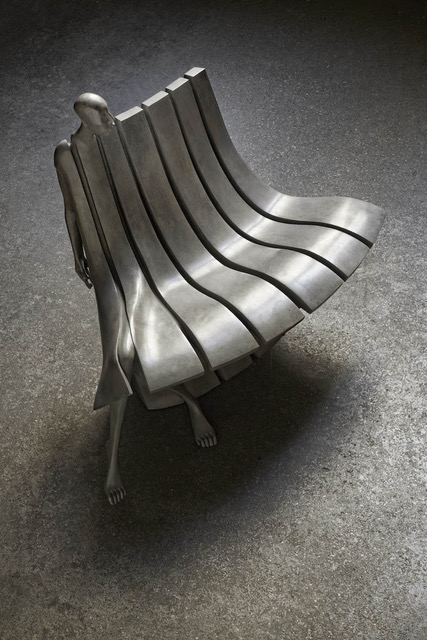 Isabel Miramontes is a Spanish artist born in Santiago de Compostela in Spain. She now lives and works in Belgium. However, the place of pilgrimage where she comes from still fascinates her as much and especially for her Celtic roots. Miramontes studied Fine Arts at the Institut Sainte Marie in Belgium. She then continued her training at the Academy of Fine Arts of Saint Gilles in the Studio of Patrick Pouillart. The artist cut his teeth there and acquired a solid experience in drawing and sketching on the spot of living models.

She creates bronze sculptures with a unique patina. His works, more or less realistic, are akin to a hybridization between the human body and the object. The sculptor integrates the notions of body, movement and human life. She lets glimpse a void in each of her works. Similar to the cutouts of the mummies of Ancient Egypt, the bodies divided between movement and emptiness seem to be half buried.

For Miramontes, sculpture is not a block of material to which one gives a form, but a void to which the artist gives a surface. His bodies cut into strips capture a movement, a feeling, and while respecting the anatomical canons, bring another dimension into the work of art: the sensitive. 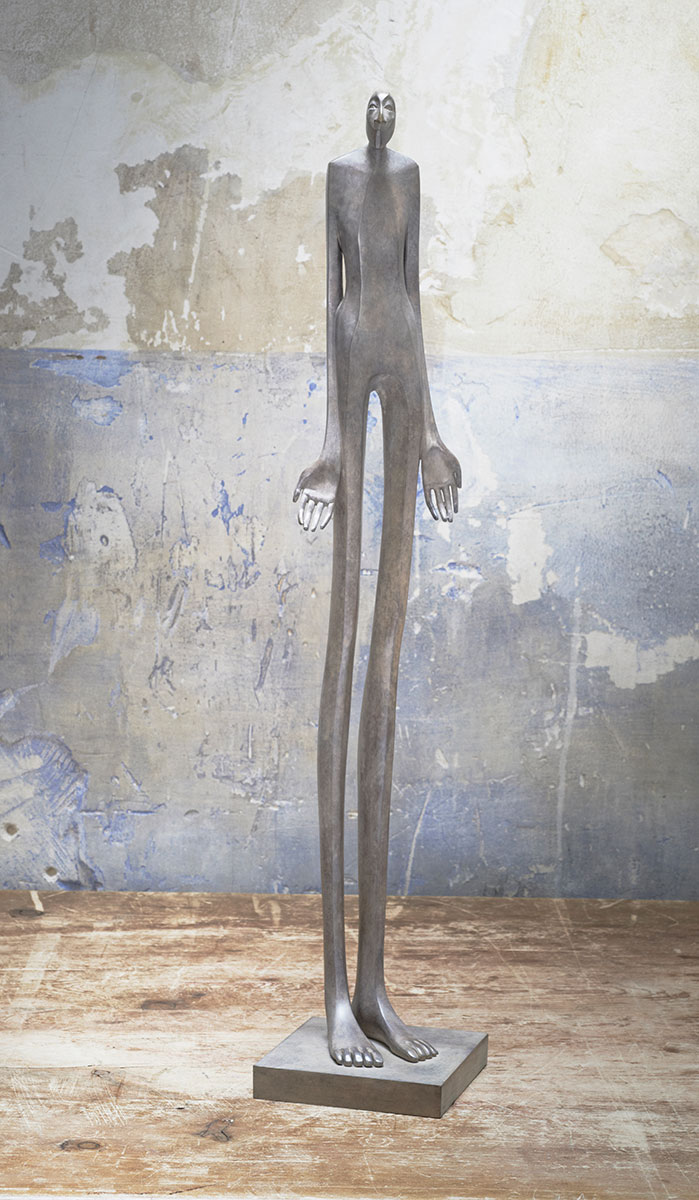 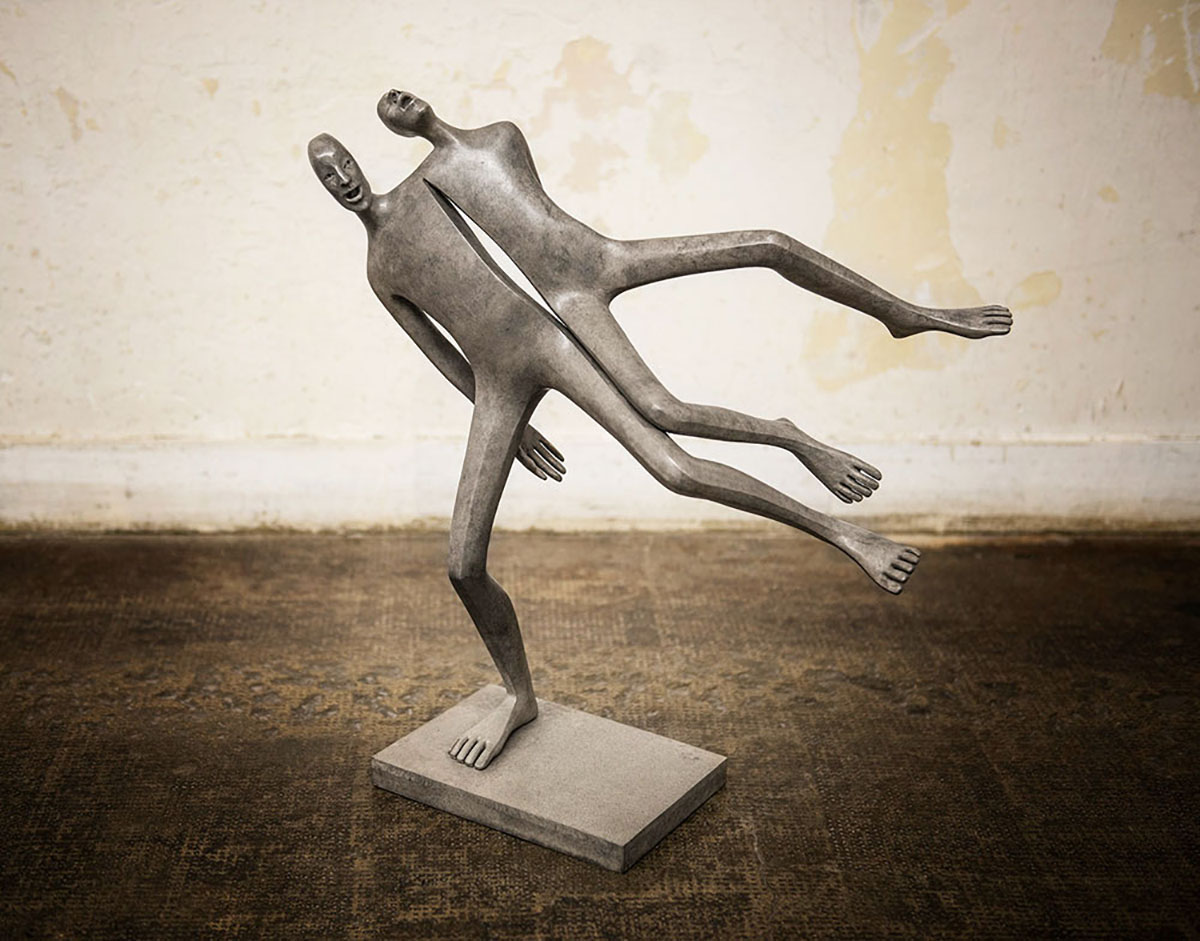 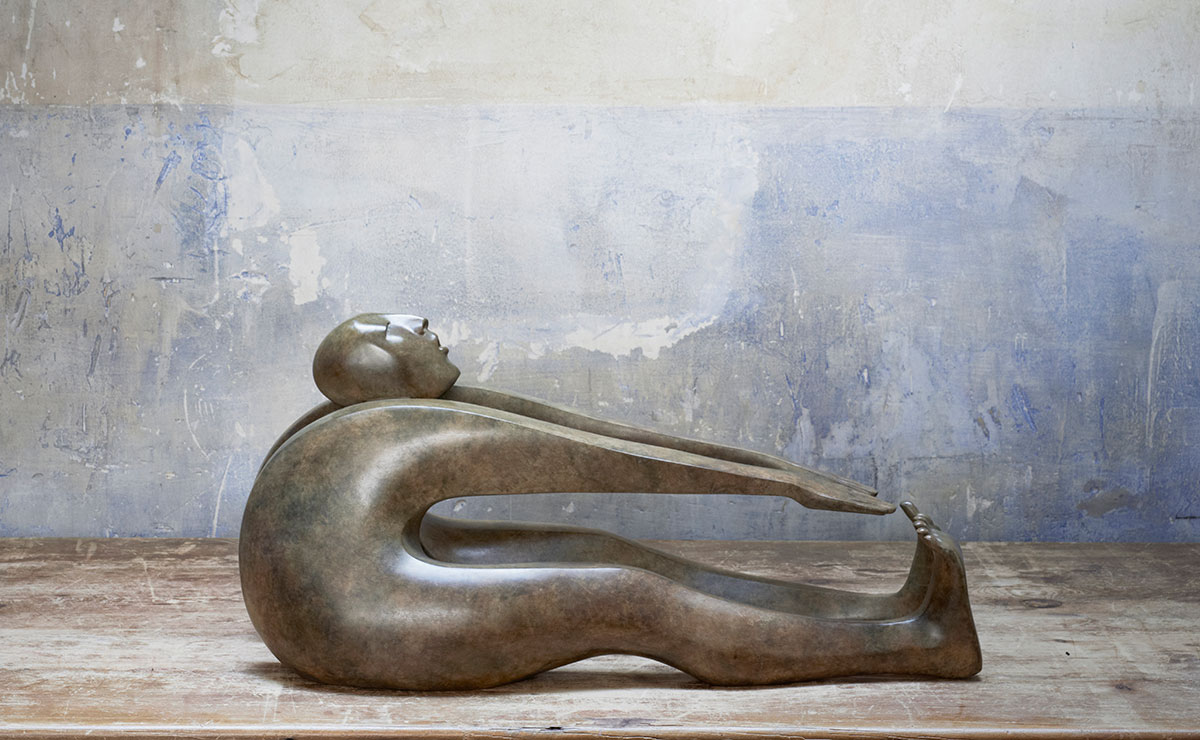 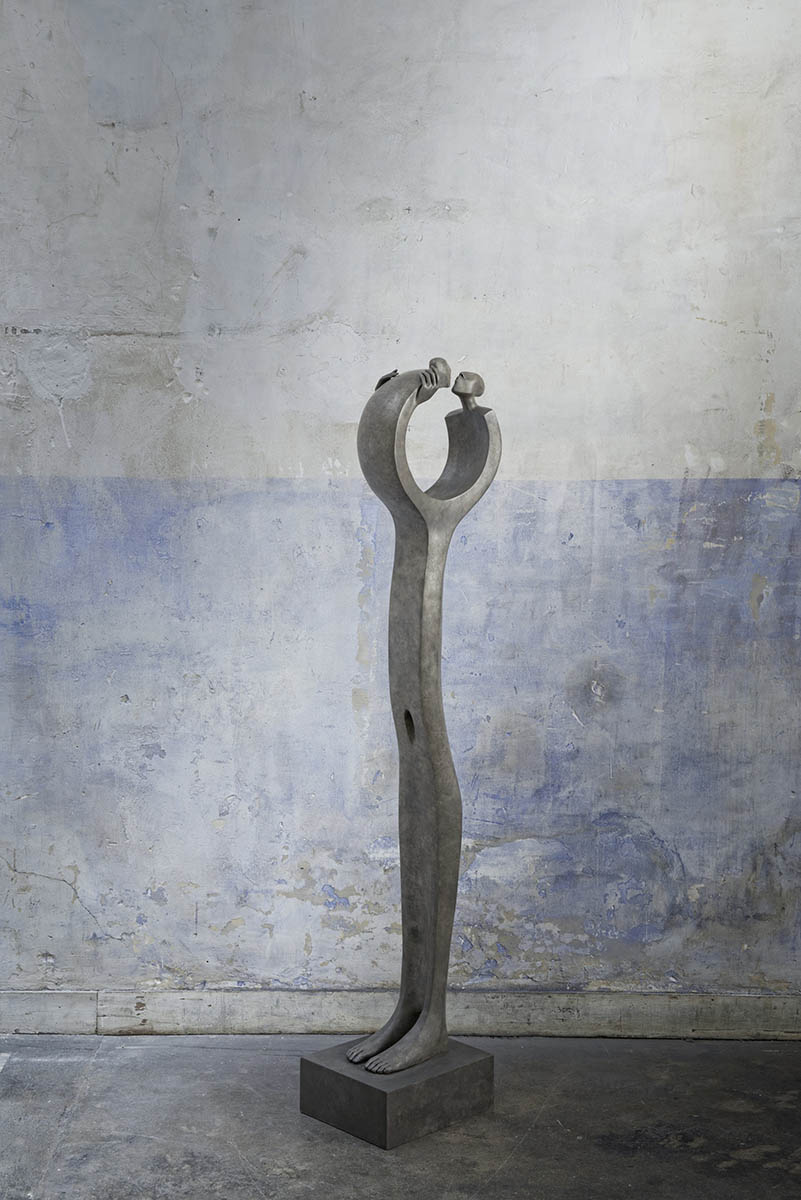 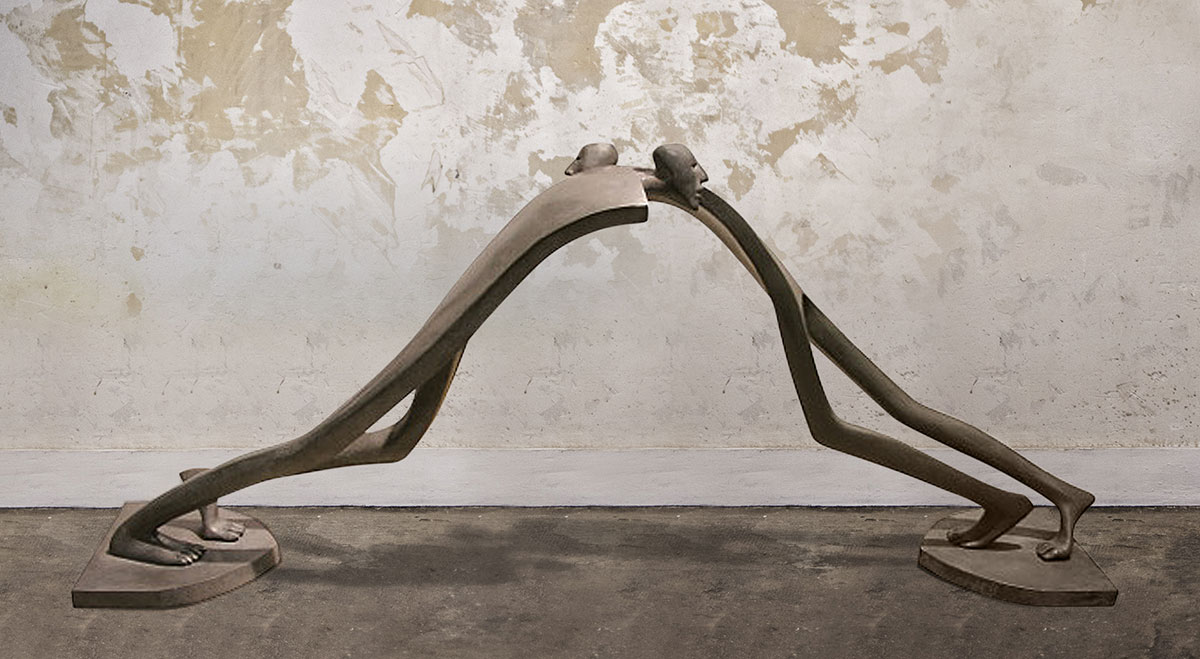 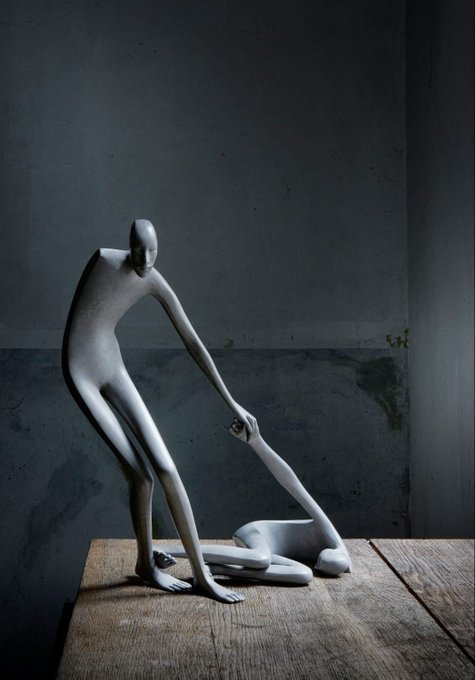 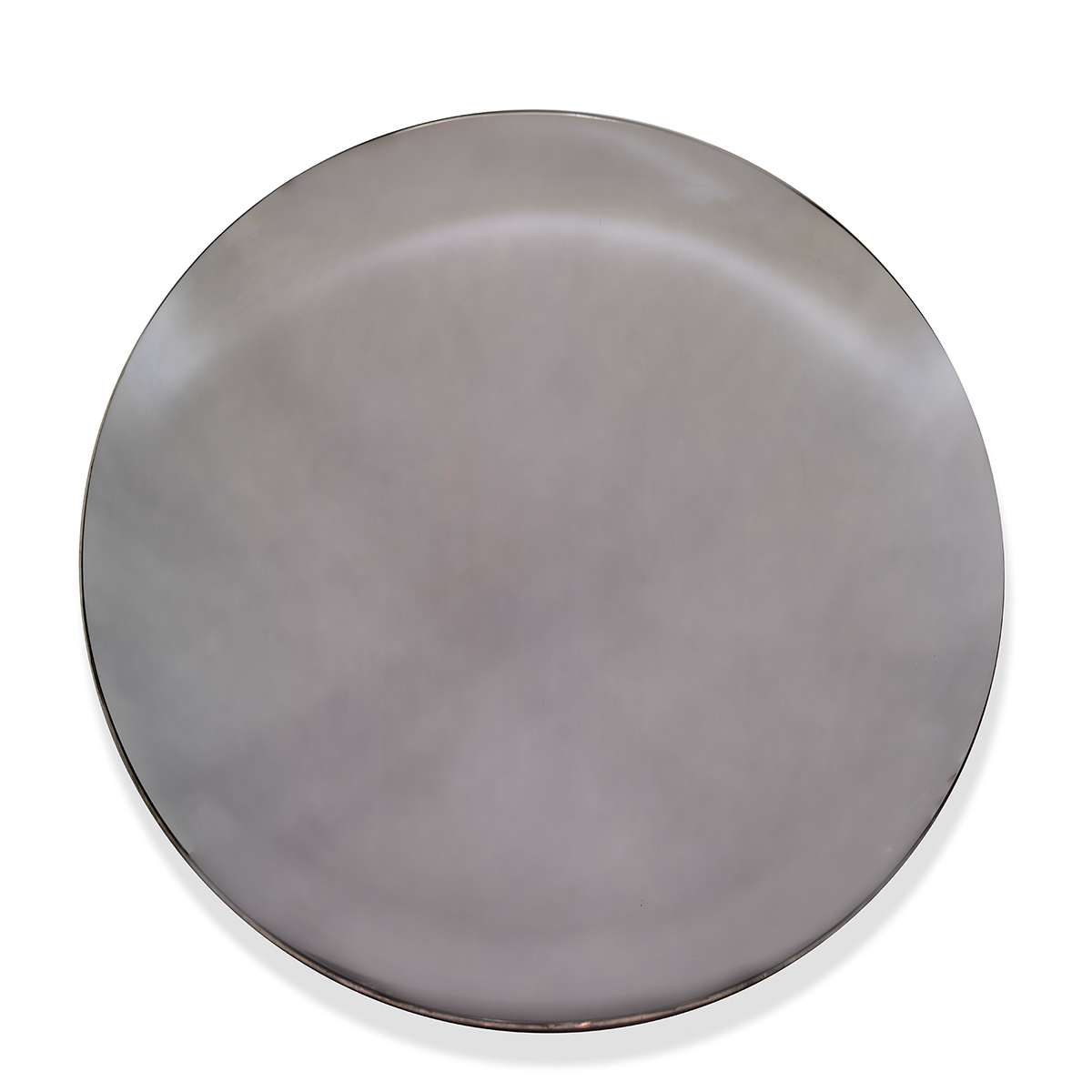 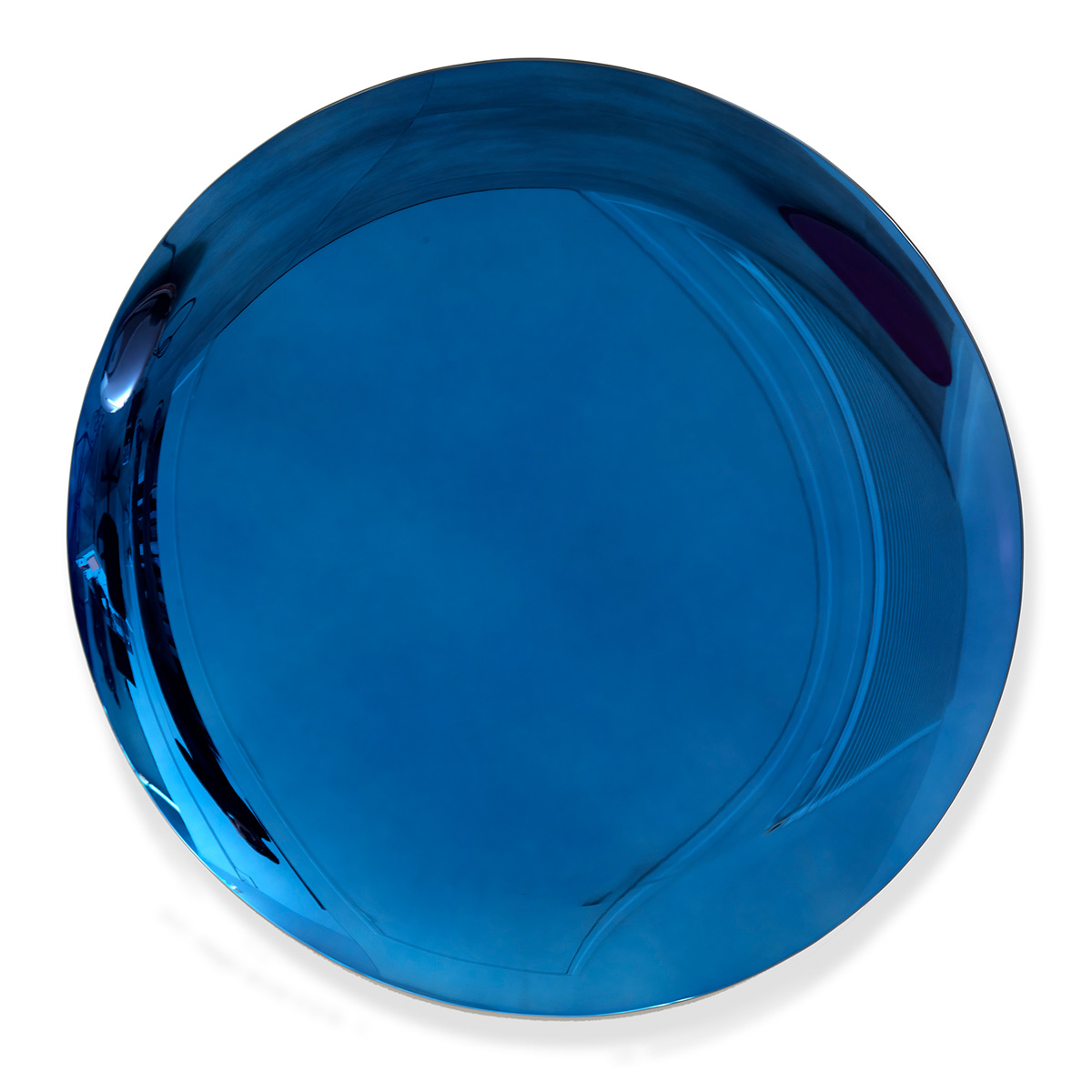 The artist Jérémy Laval was born in 1990, in Paris. Art lover since he was a kid, at 16 he started to express himself through painting. Afterwards, he went on with his passion, attending an Art school. Unfortunately, his parents talked him out of pursuing an artistic career, therefore, he leaned towards a scientific one. This is how he ended up being an optician during 10 years. However, he never stopped to create artworks, going from painting to sculpting. Nevertheless, Jeremy’s optician career grew on him as he associates in his art optic effect and illusions in a kinetic approach of his sculptures, using mirror effects. After a long journey in South America, he decided to devote himself to his art.
Beyond its imperfections and sharpness, glass is a pure a noble material for Jeremy Laval that let us enter into his world through singular creations. He now works exclusively with Marciano Galleries.