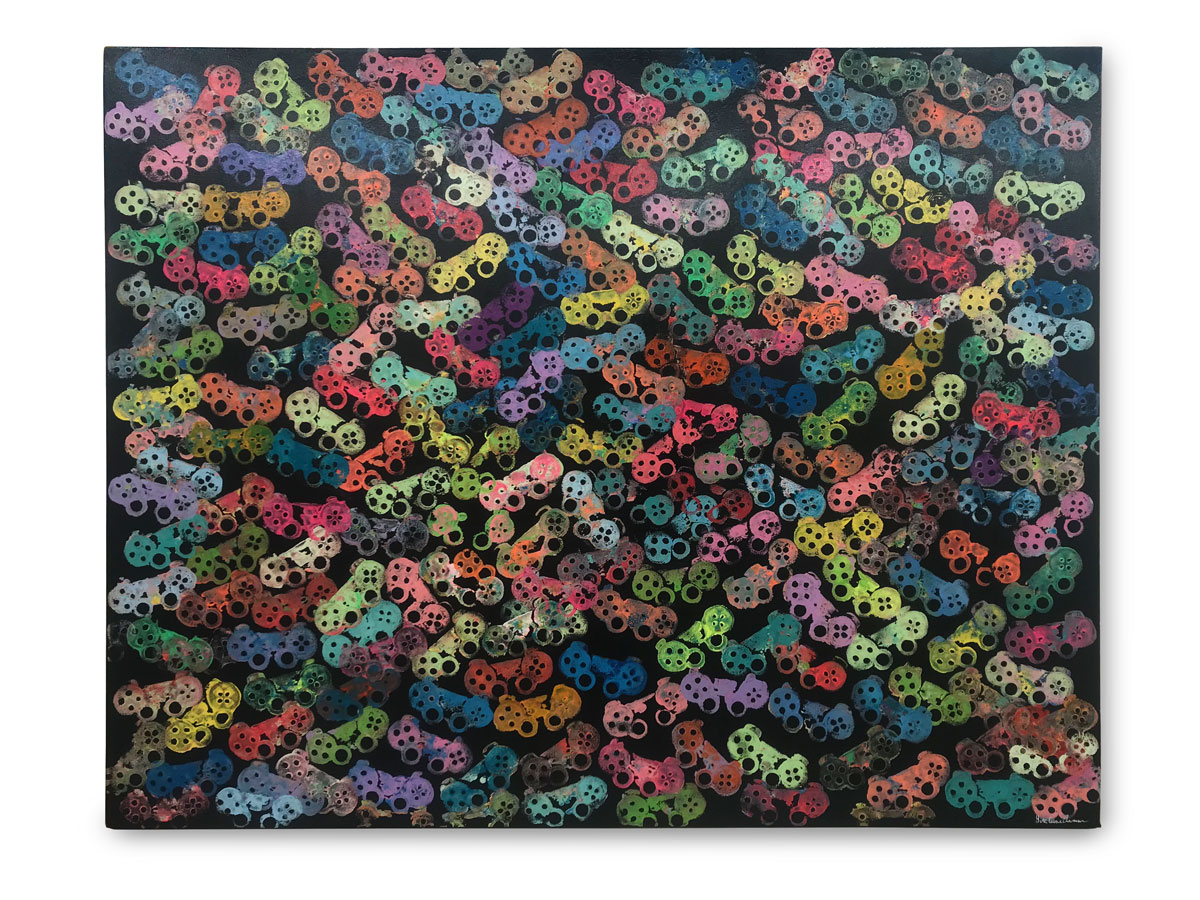 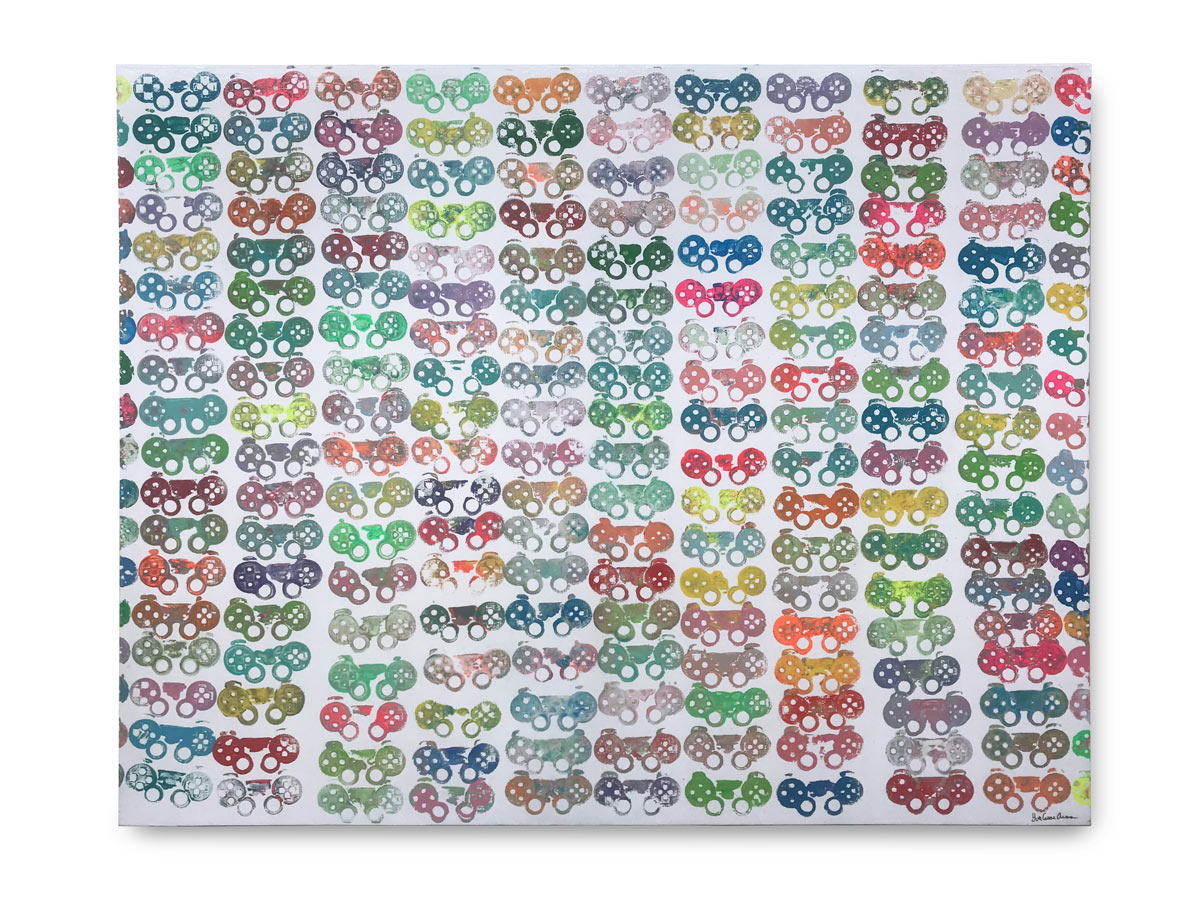 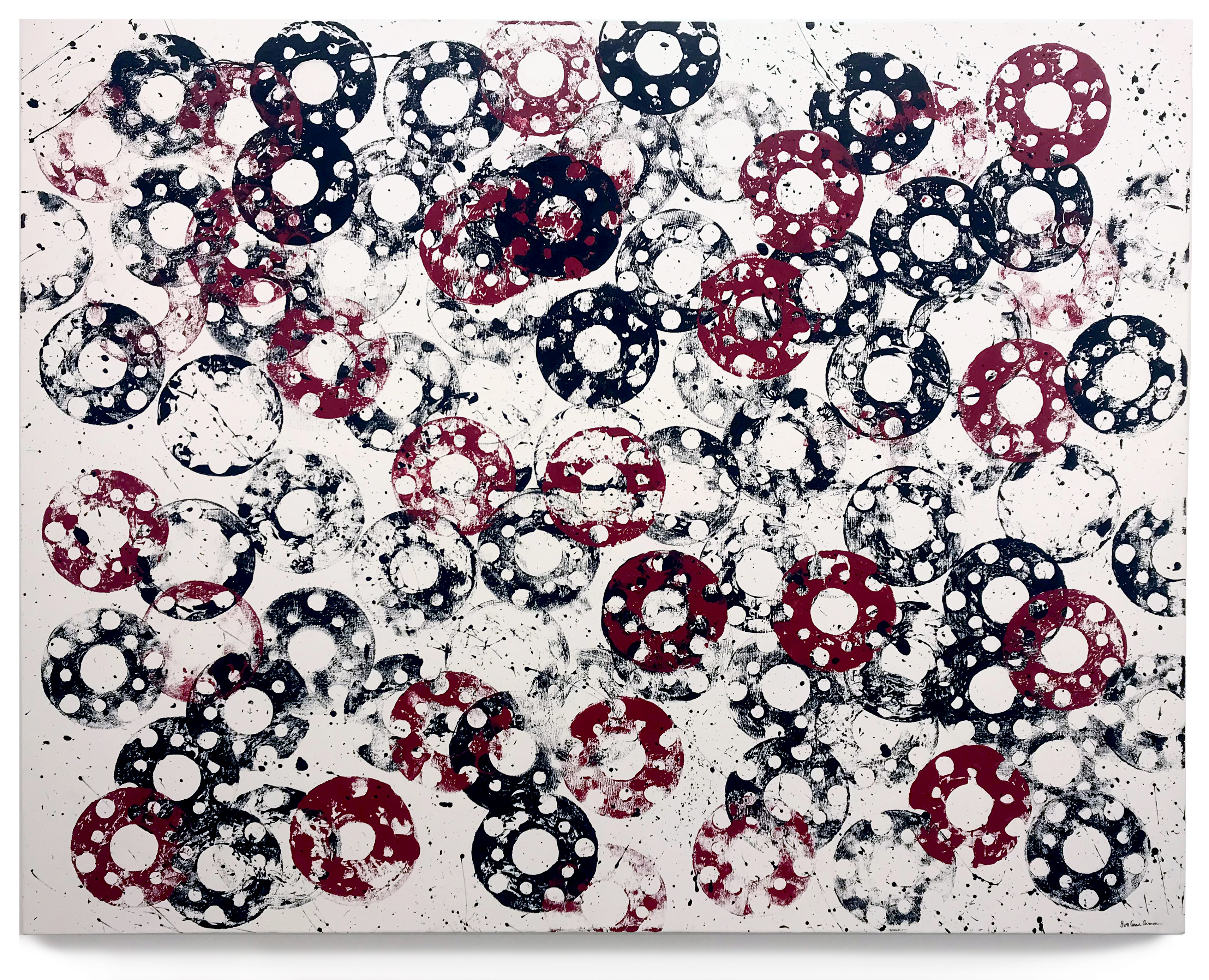 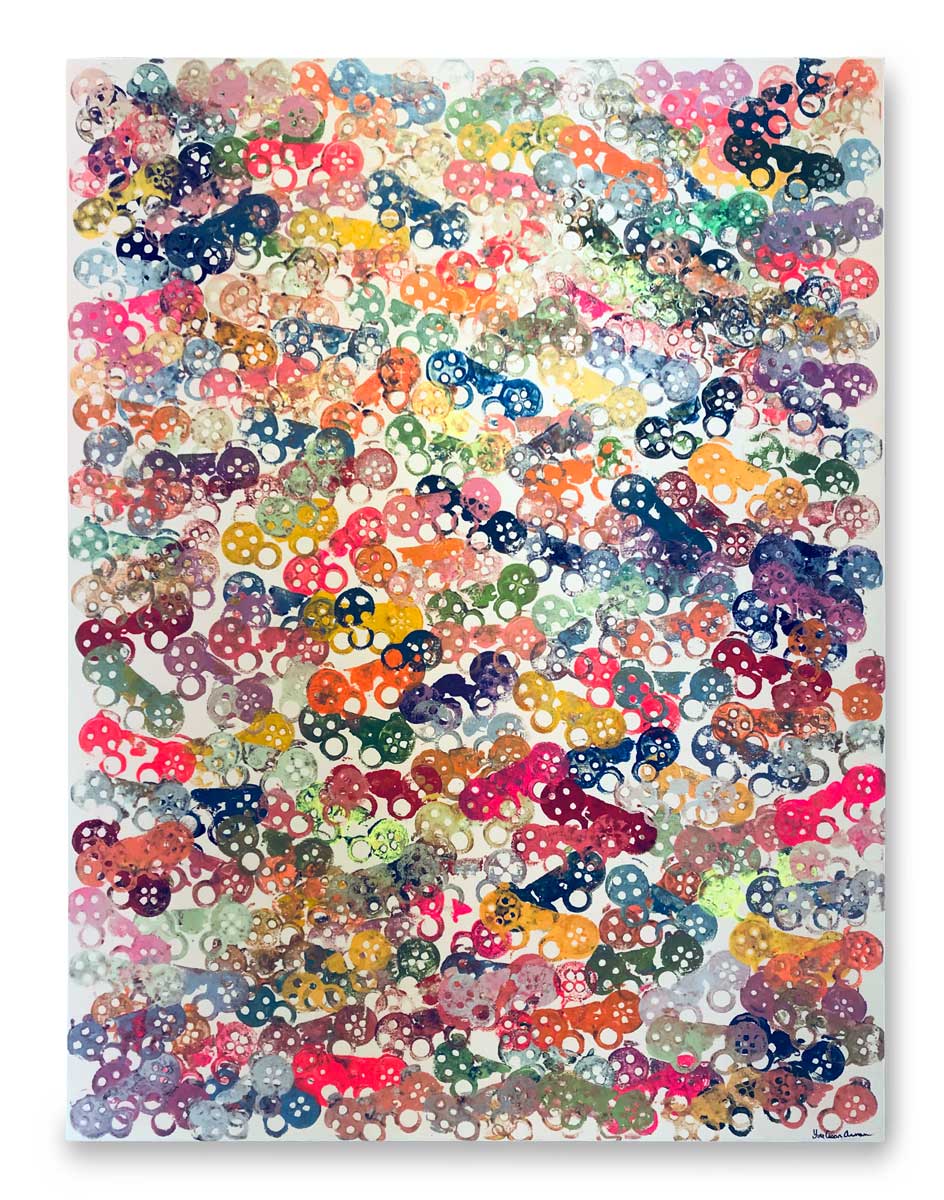 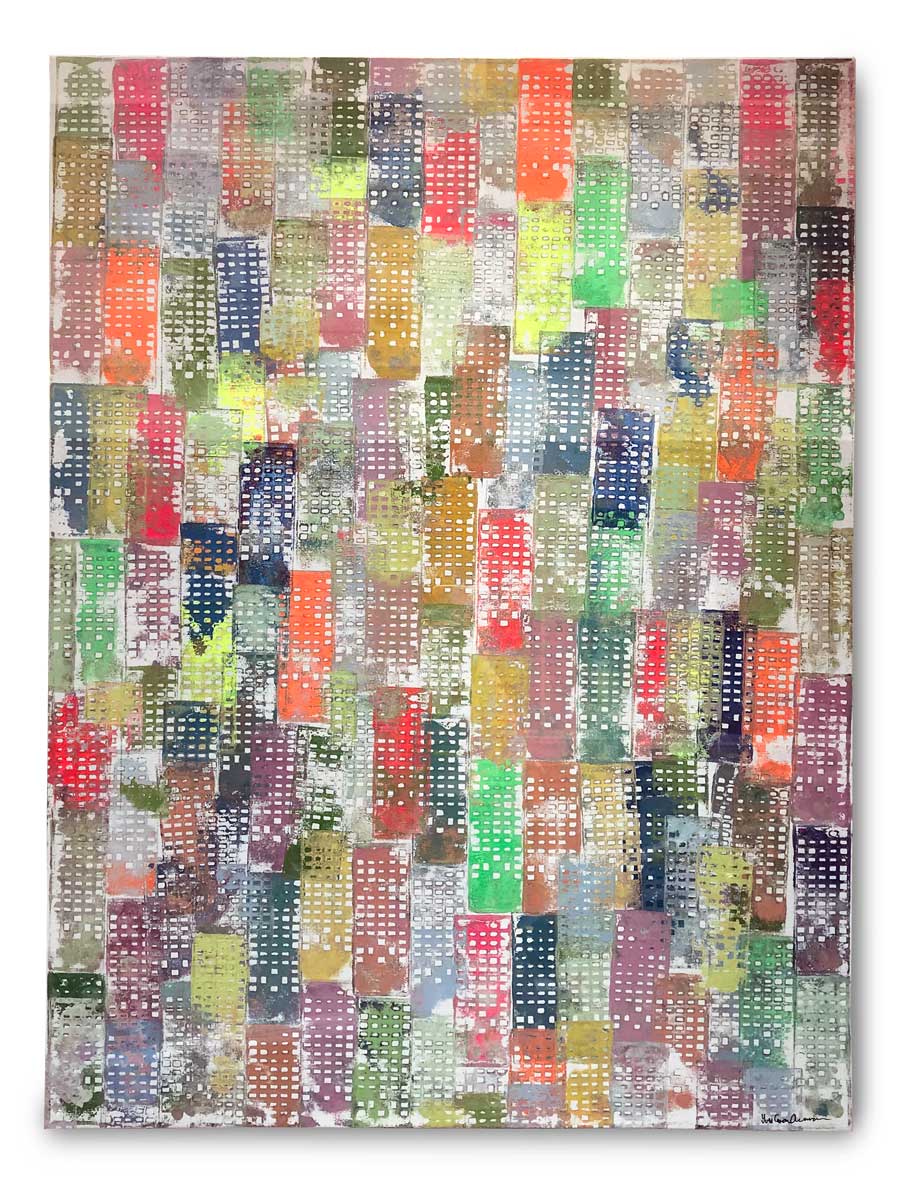 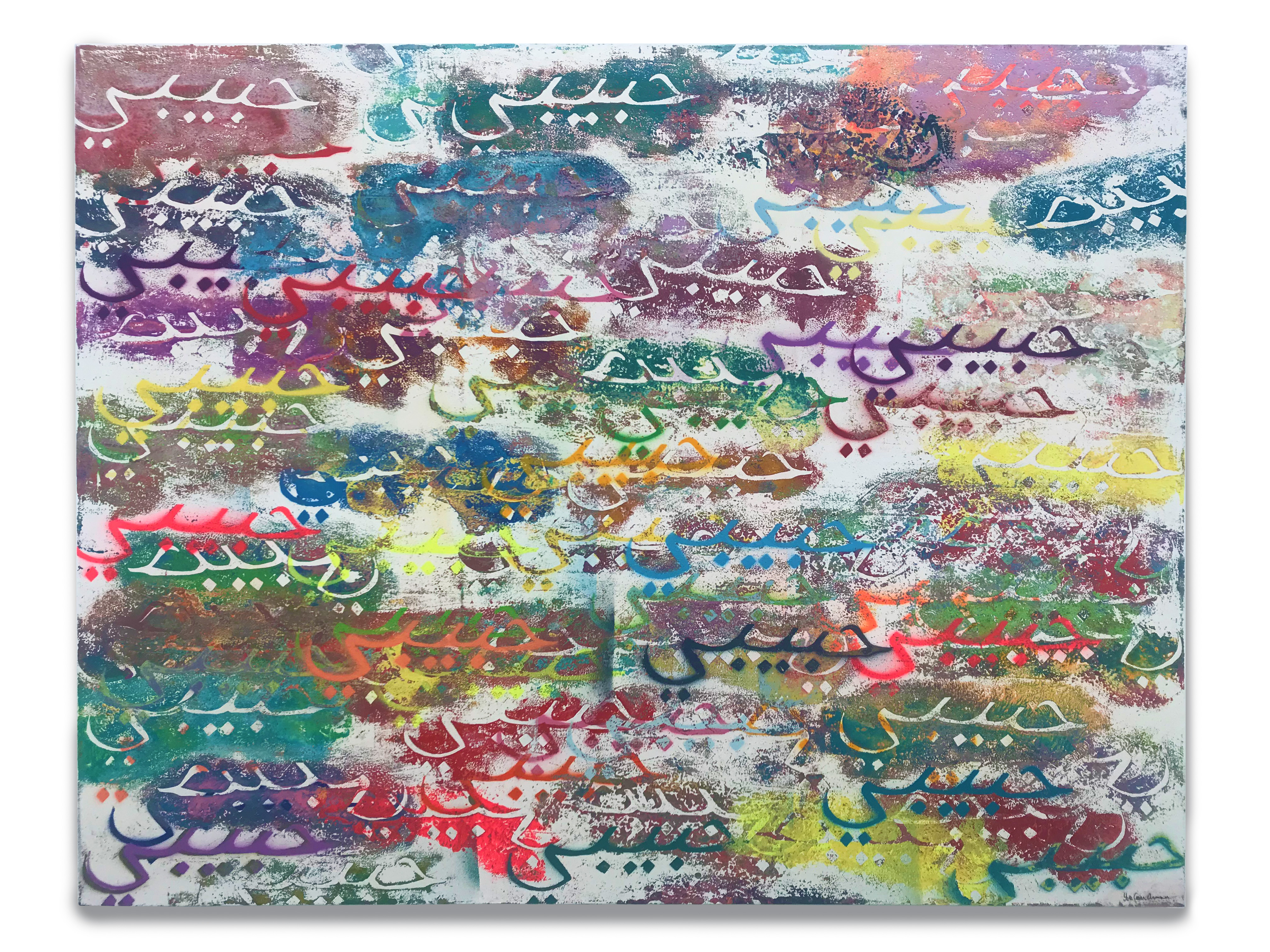 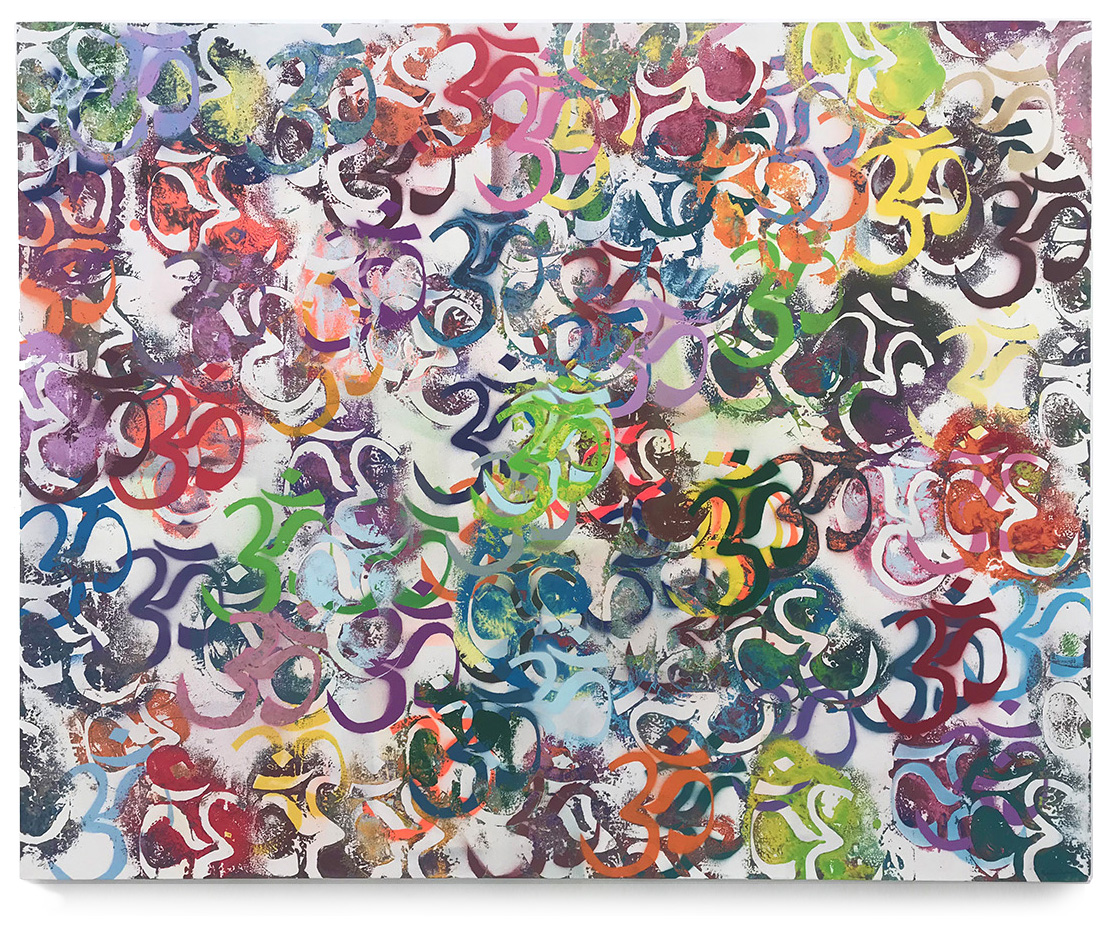 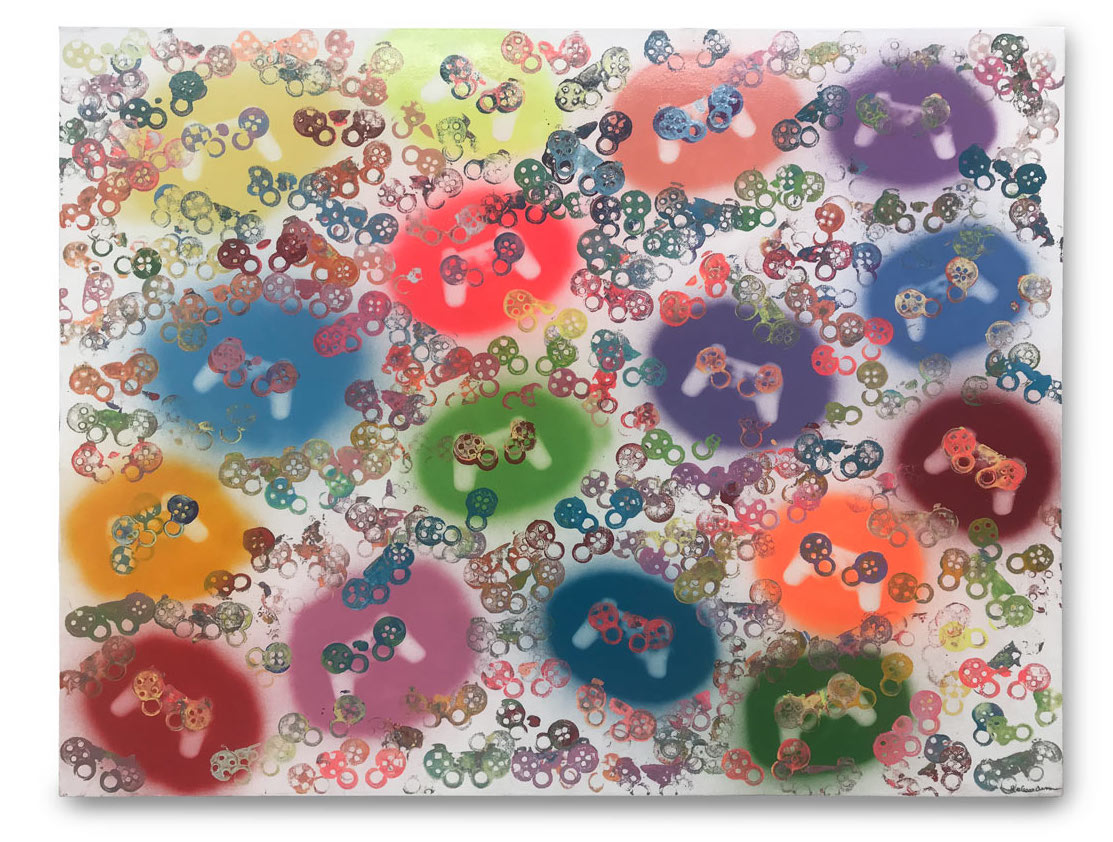 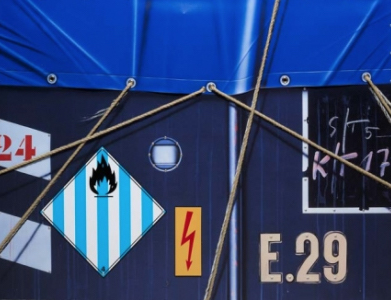 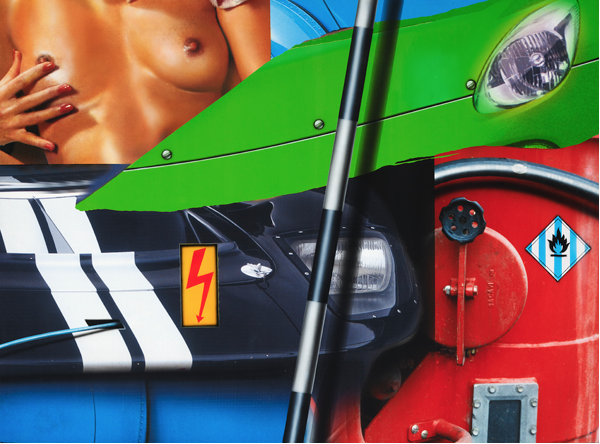 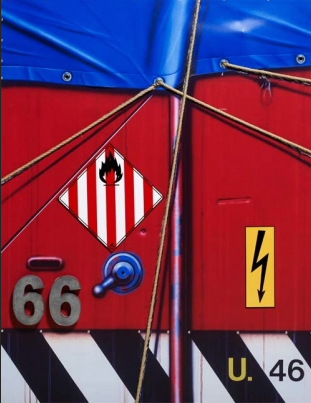 Peter Klasen is a German painter, photographer and sculptor, born in Lübeck in 1935.
A master of contrasts, he is fascinated by the hostility of the modern city and by representations of the body as a commodity.

From 1956 to 1959, Peter Klasen studied at the School of Fine Arts in Berlin, then an avant-garde school. In 1959, winner of the German Industry Patronage Prize, he obtained a scholarship and settled in Paris.

Peter Klasen is, in the 60s, one of the founders of the artistic movement called New Figuration or Figuration Narrative. Then he developed a personal visual language: he explored and reinterpreted the signs of our urban environment and, more generally, of our society. He is interested in images exploited by the mass media and denounces, through his pictorial metaphors, the standardization of the Western living environment.

In the 1970s, Peter Klasen finally found success. He paints his “binary paintings”, based on the opposite representation of a fragment of a human body and an object, painted or integrated, revealing his anguish in the face of the split of the worlds of “being” and “having it”. “. He thus finds a balance between what is sensual, and seems pleasant to him, and what belongs to the industrial world, which he finds repugnant. 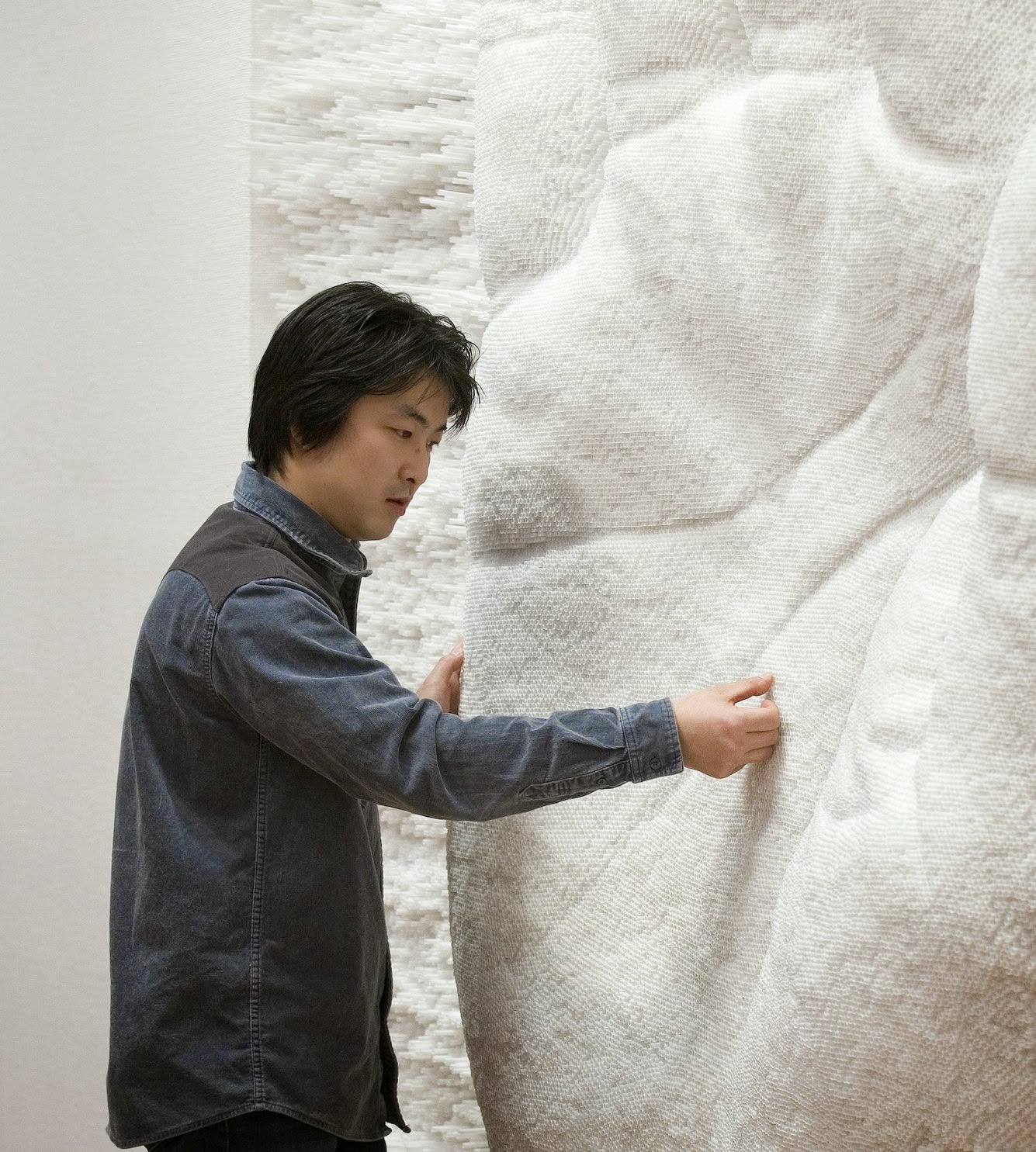 The original sculptures of this Korean artist go beyond the limits of the material; the images of the lips can be interpreted as symbols of desire. Relating such symbolic images to symbolic meanings like power and gender clearly shows that the sculptor’s interest is focused on human desires.

“Although everyone desires power, only a few can get it. Power is the symbol of strength and the object of everyone’s wish since it accompanies many interests. Power is strong, scarce, and leads to eternity. However, straw, unlike the properties of power, is a fragile structure accessible to all since it is produced on a large scale and disposable. ”

His mind symbolizes the semantics of relationships and the structure of desires connotes the suffering of reality. 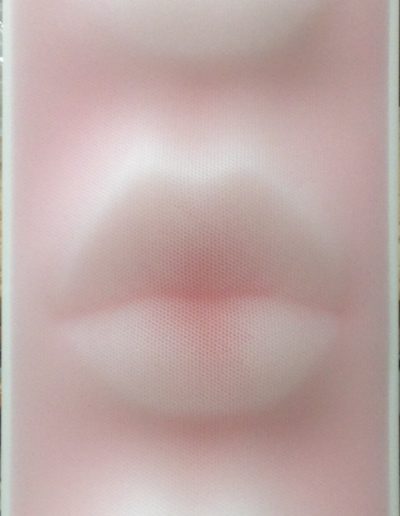 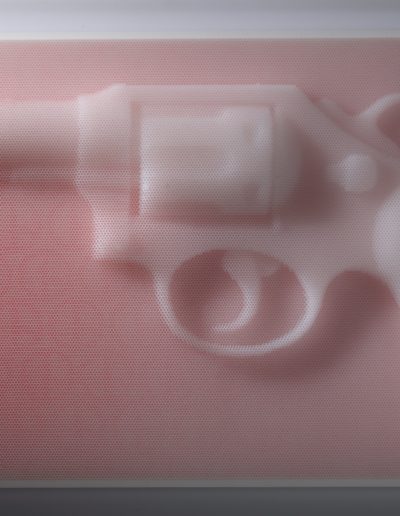 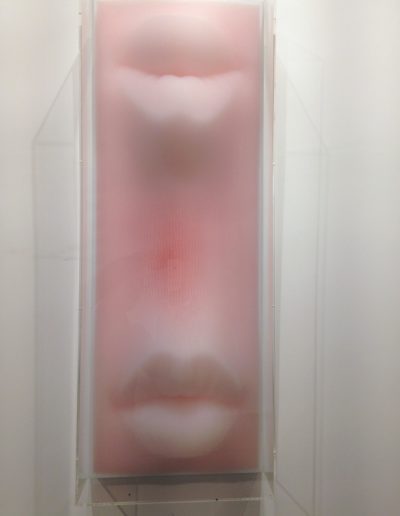 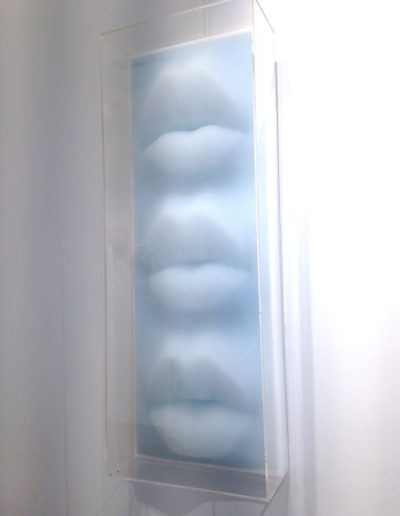 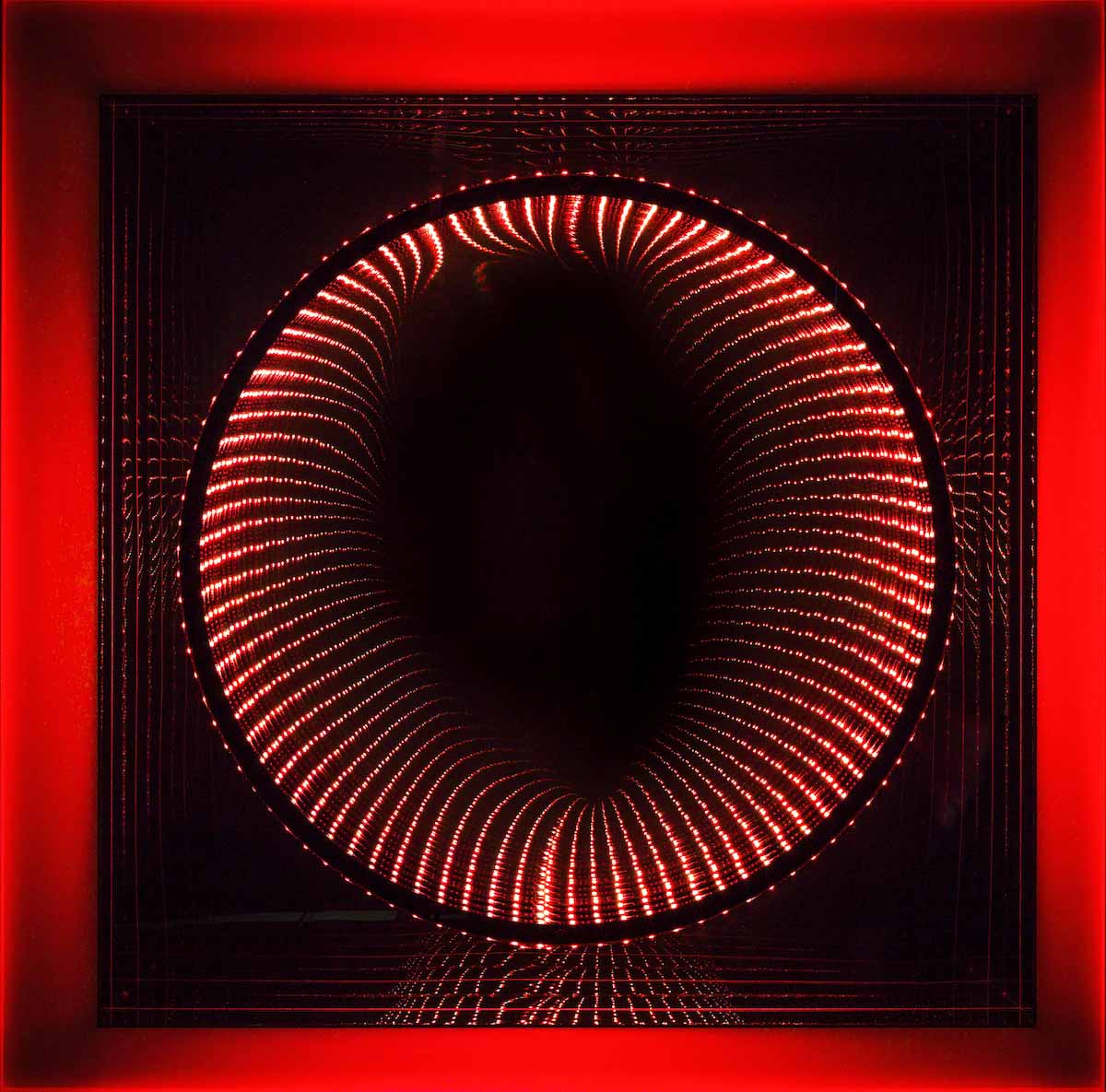 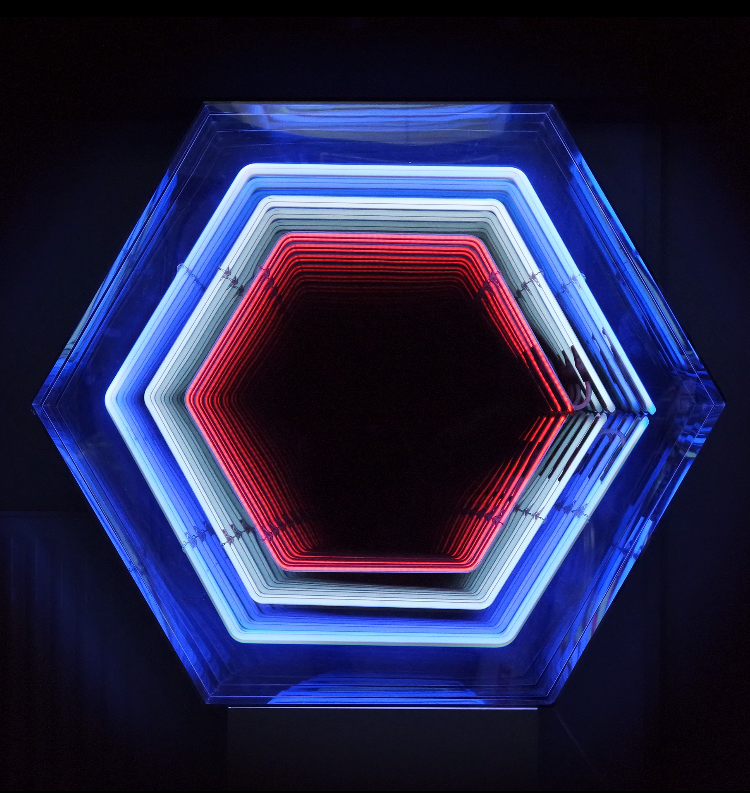 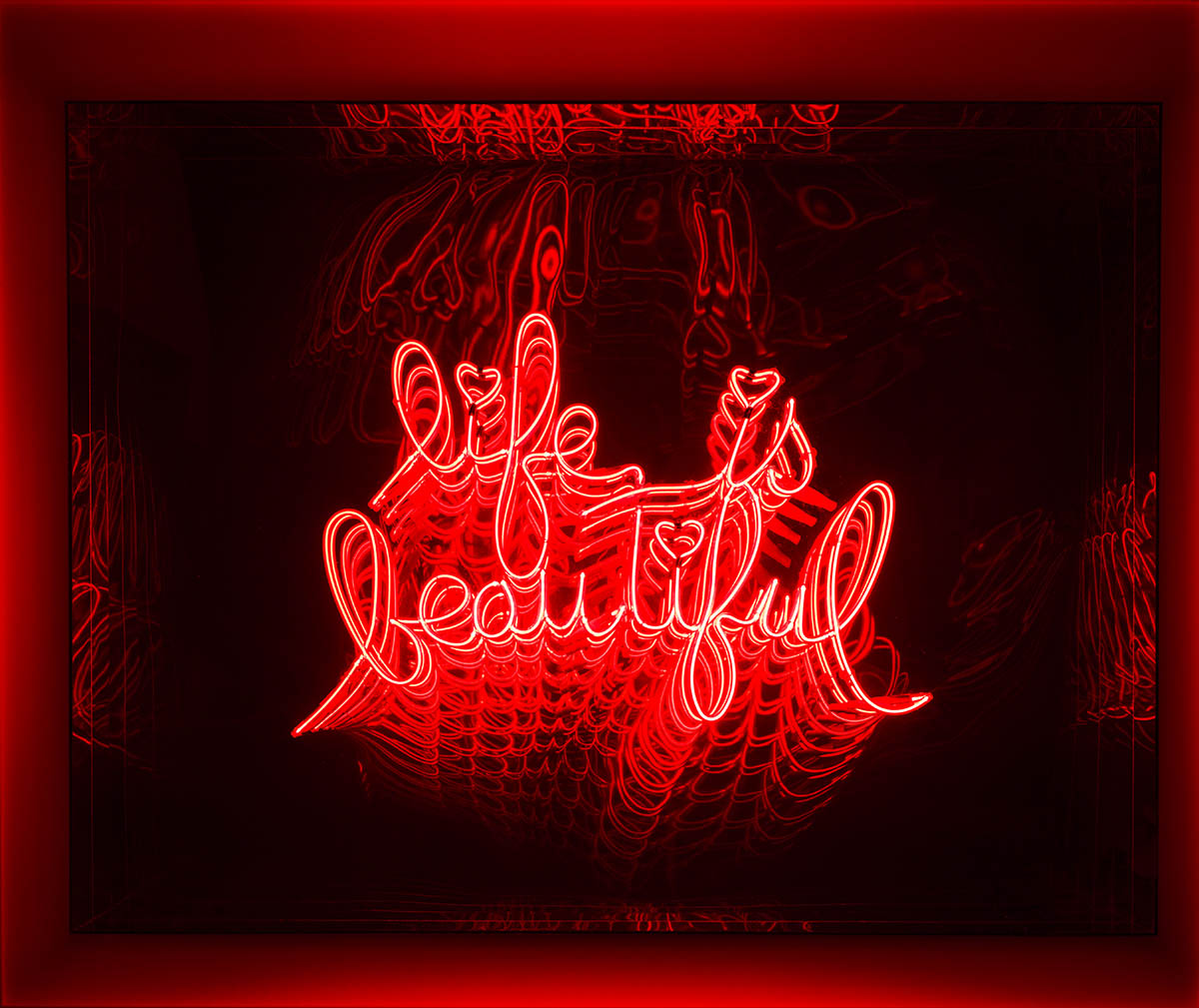 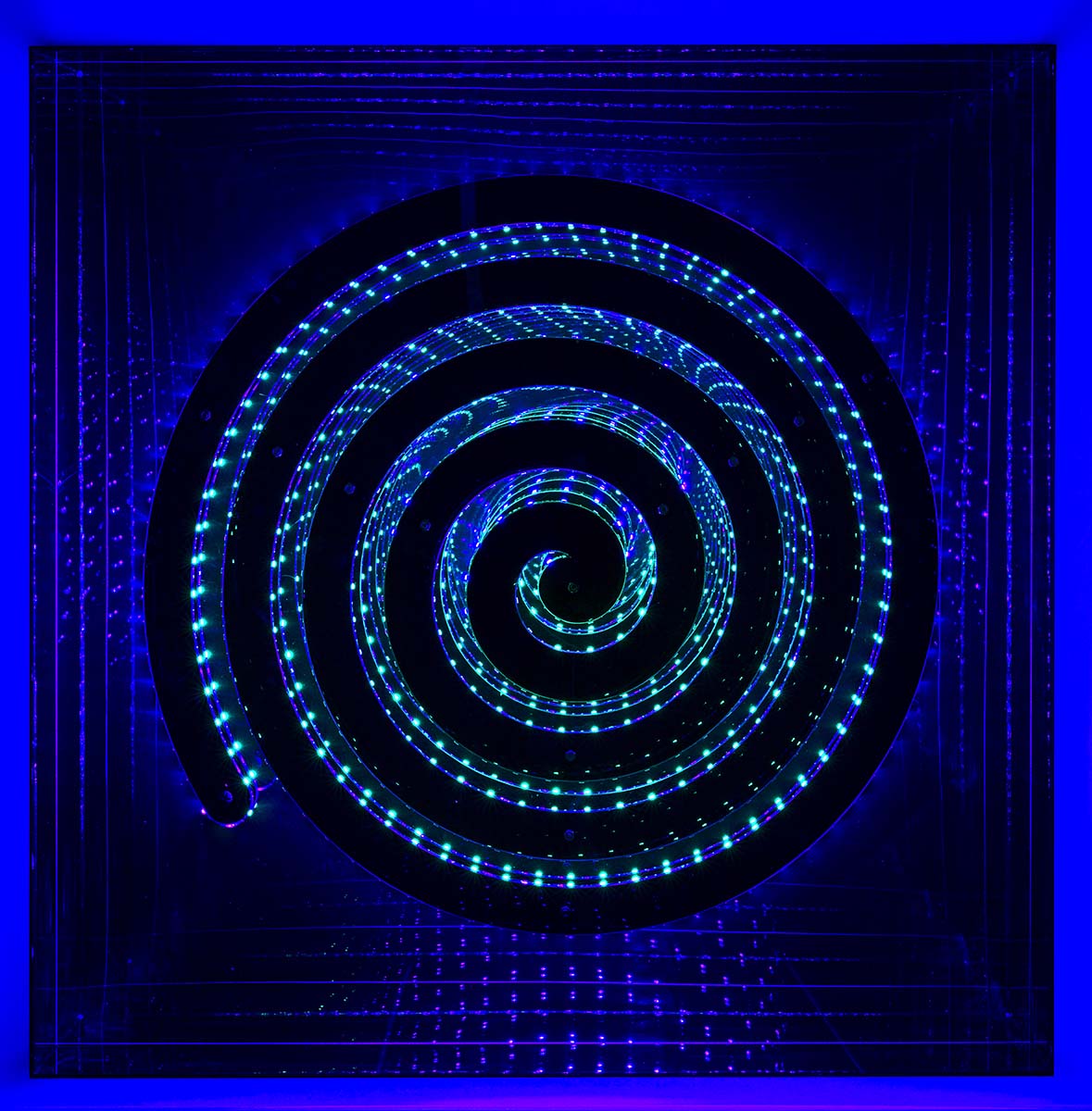 Falcone, 26-year-old artist designer, unveils his first series of works exclusively in the Mickaël Marciano galleries. He positions his creations between experience and contemplative work.

With the choice of LEDs, neon lights, optical fibers and mirrors as materials, his works are experienced live by the spectators. Playing with spaces between play of light and infinity effects, Falcone is directly in the lineage of kinetic artists.

Visual codes are shaken up and the fallibility of the eye is called into question: optical phenomena.

Living with the times, Falcone has noted the cyclical return to past trends (especially the 80s) and applies himself to working very pop motifs ranging from Star Wars to electric guitars. 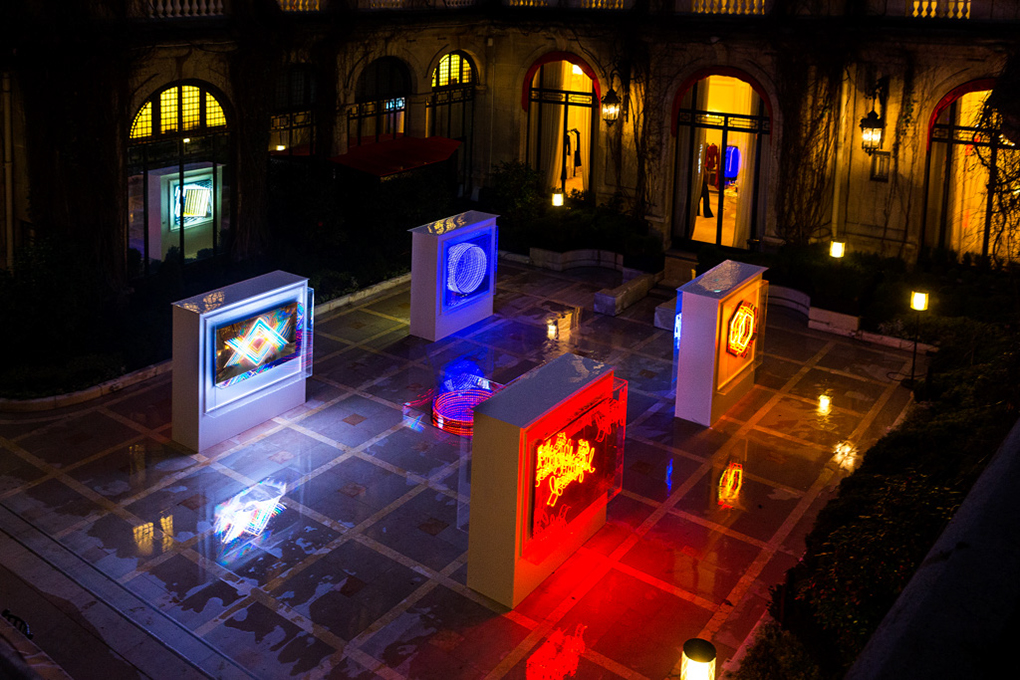 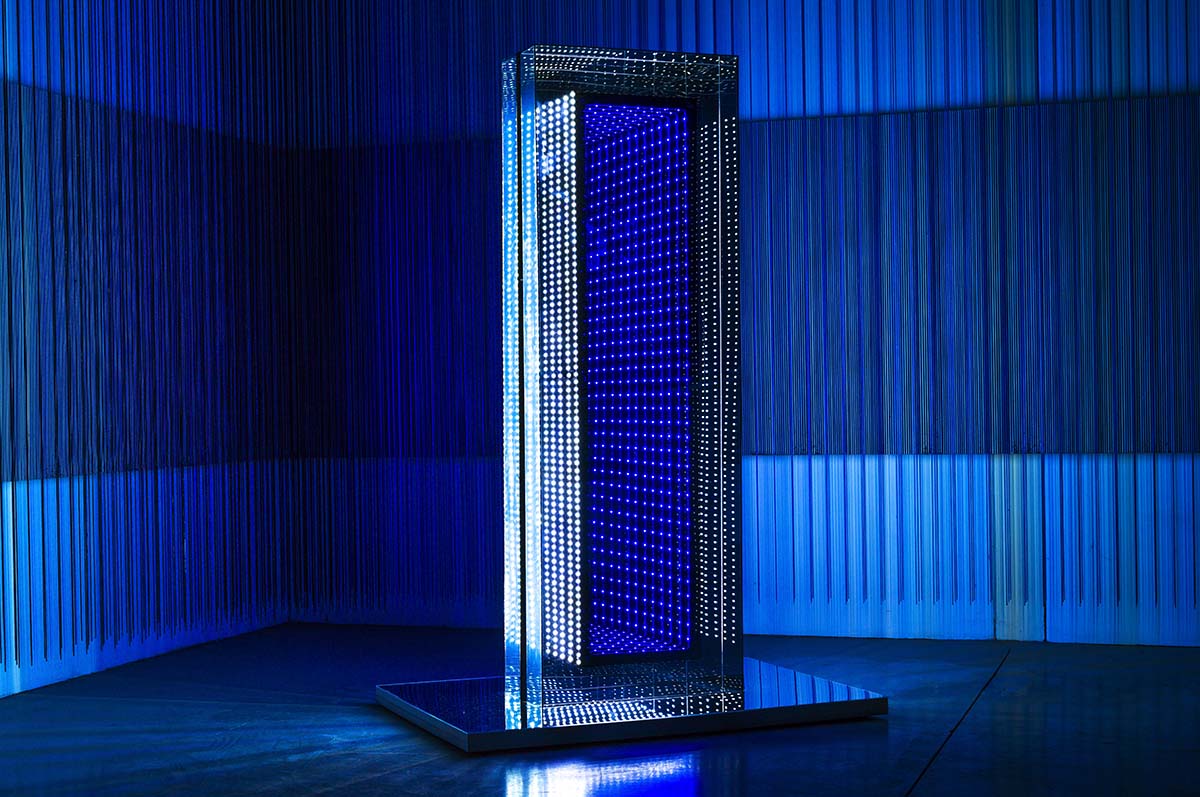 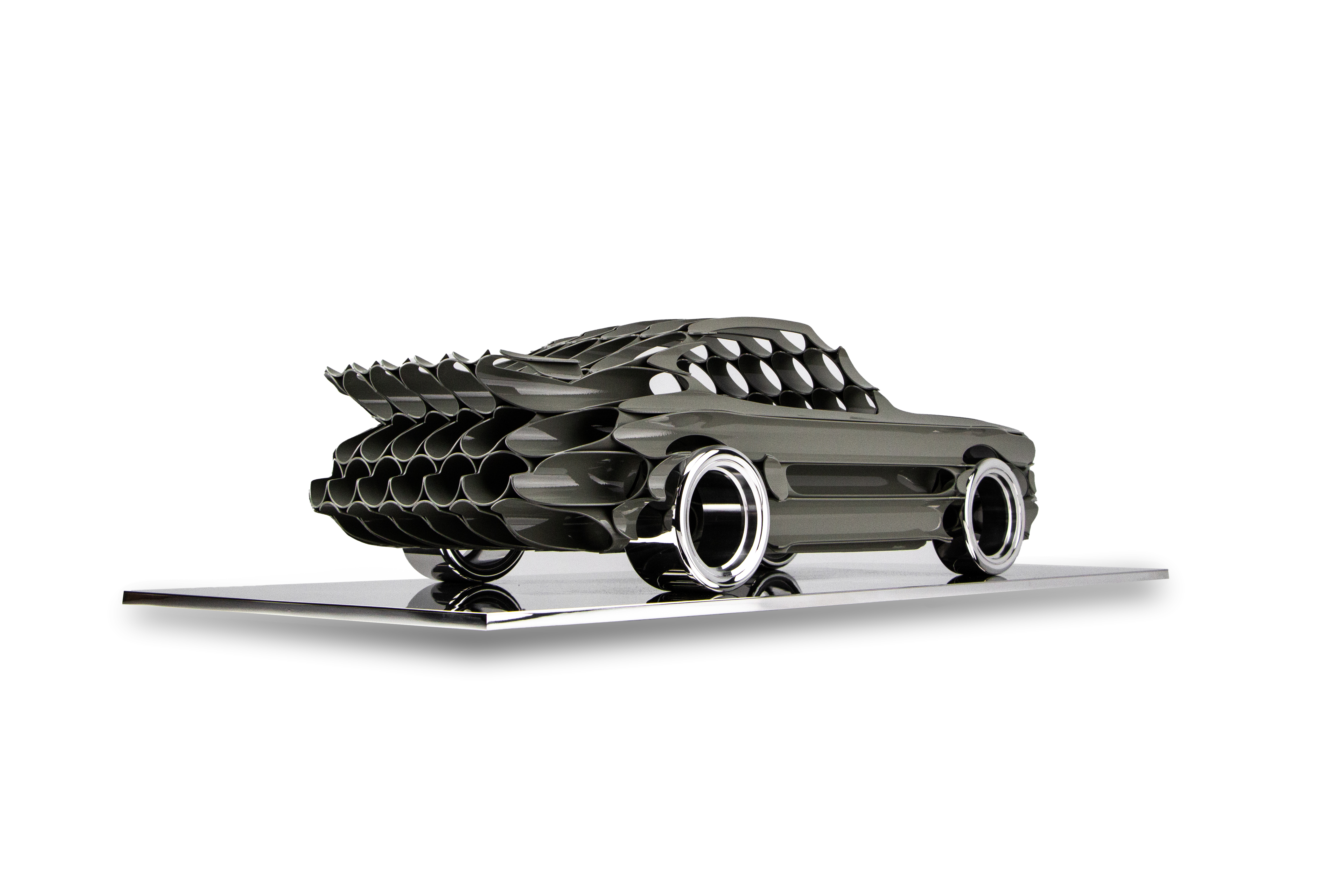 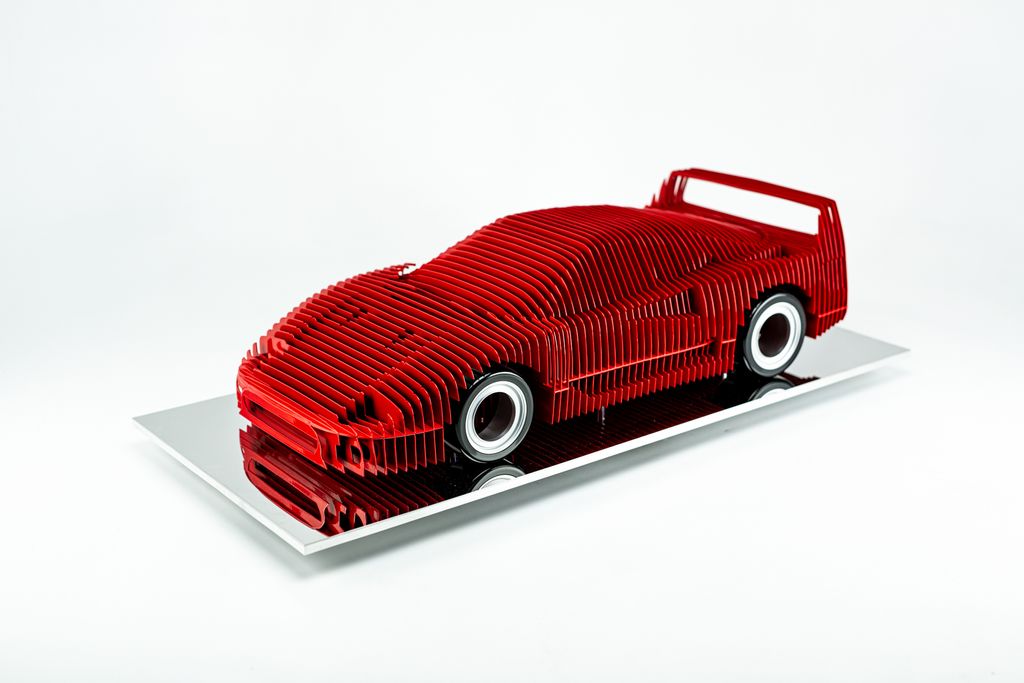 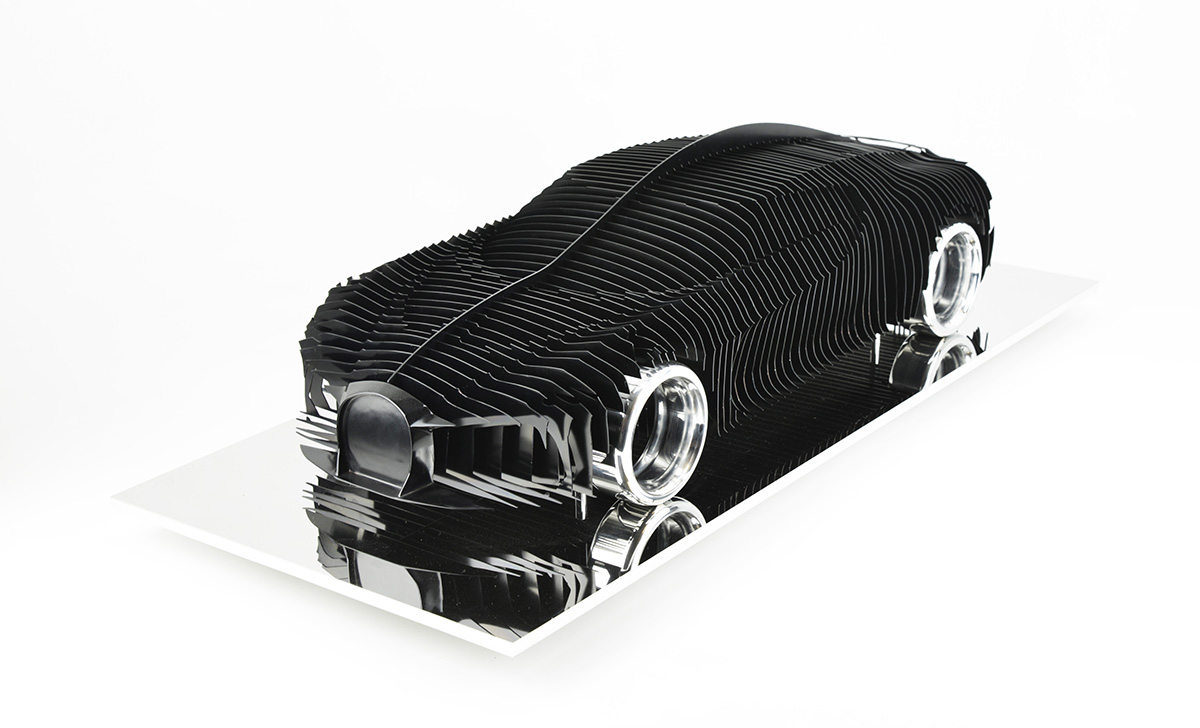 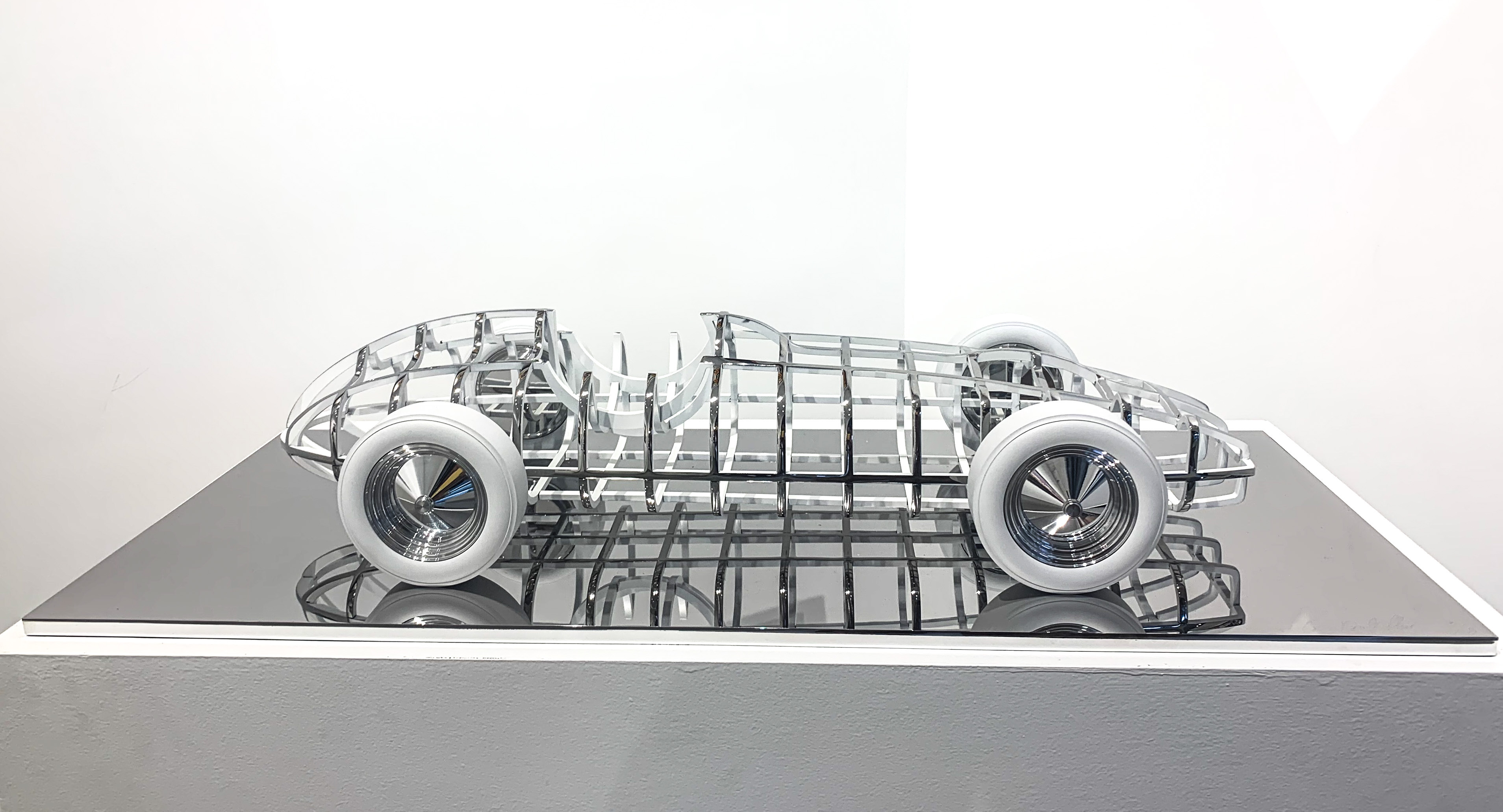 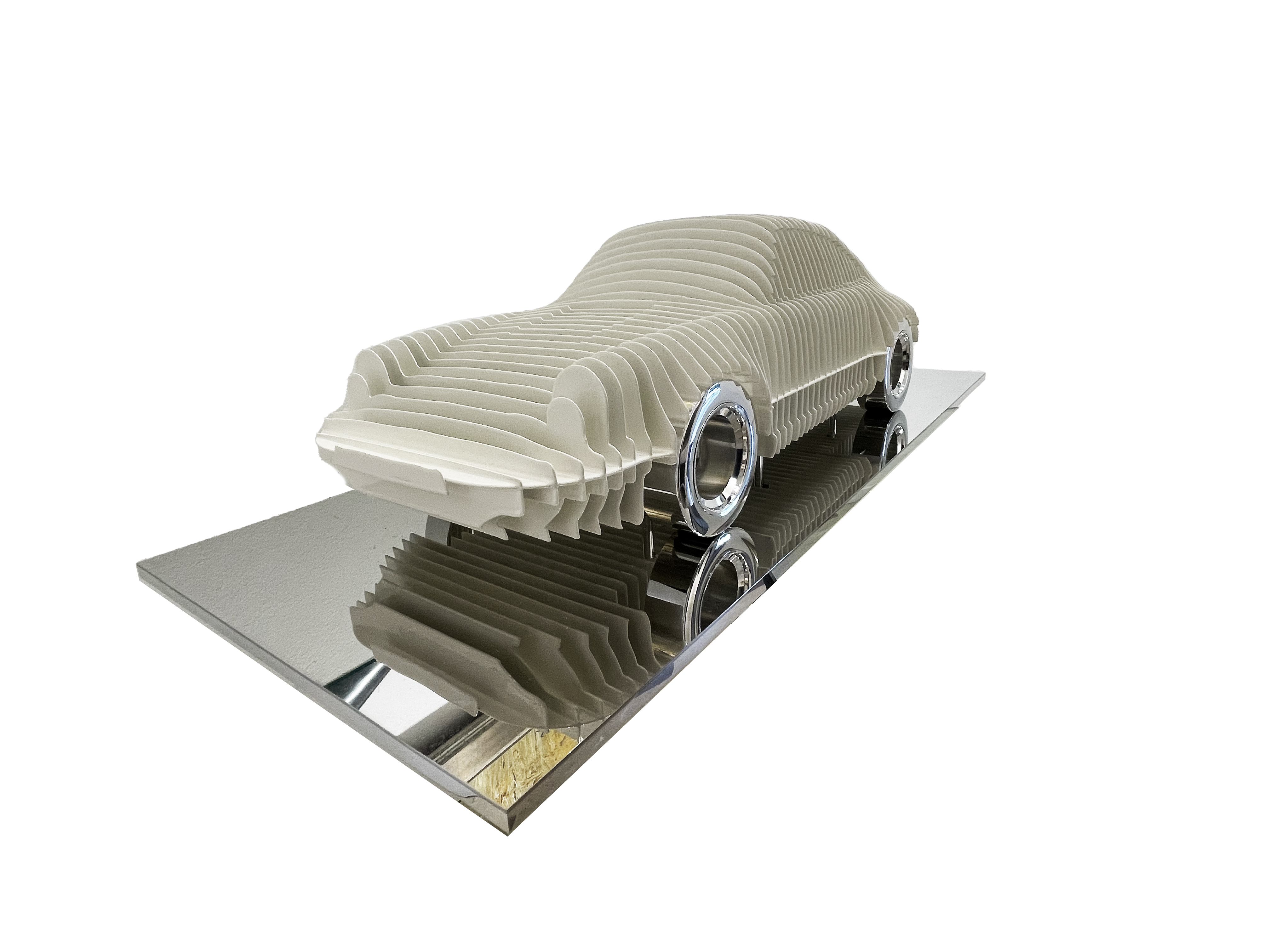 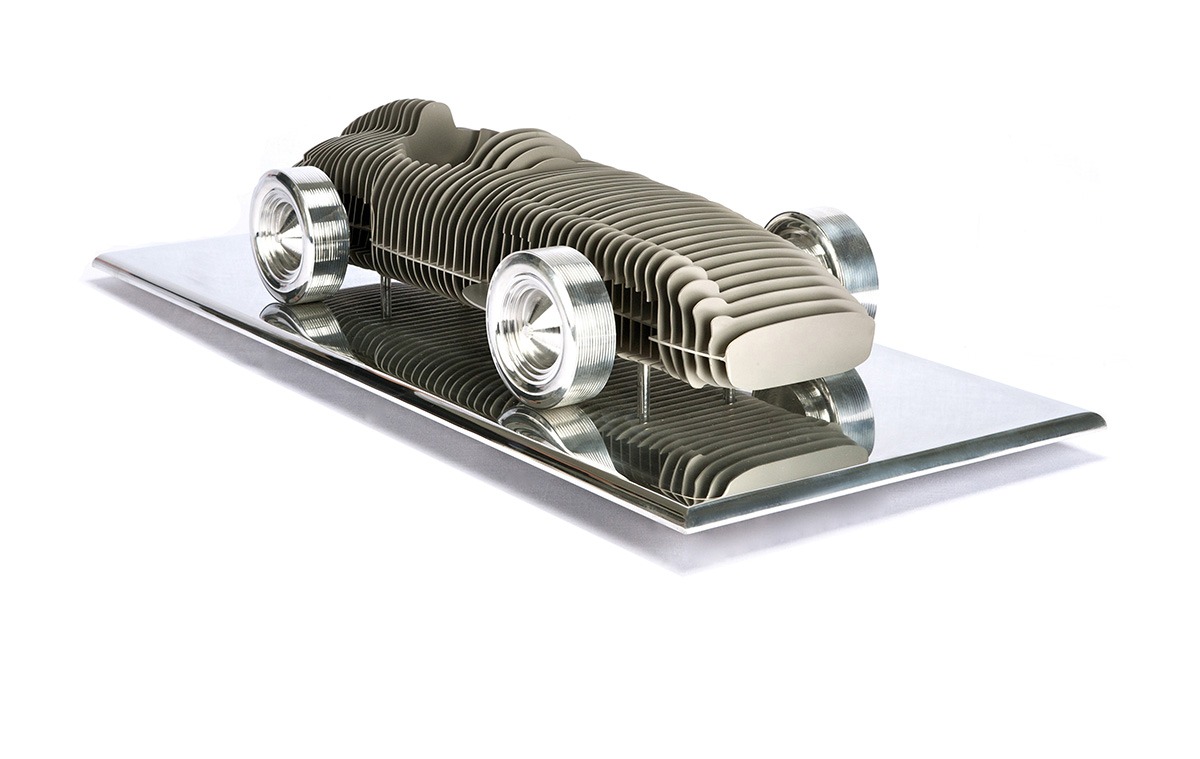 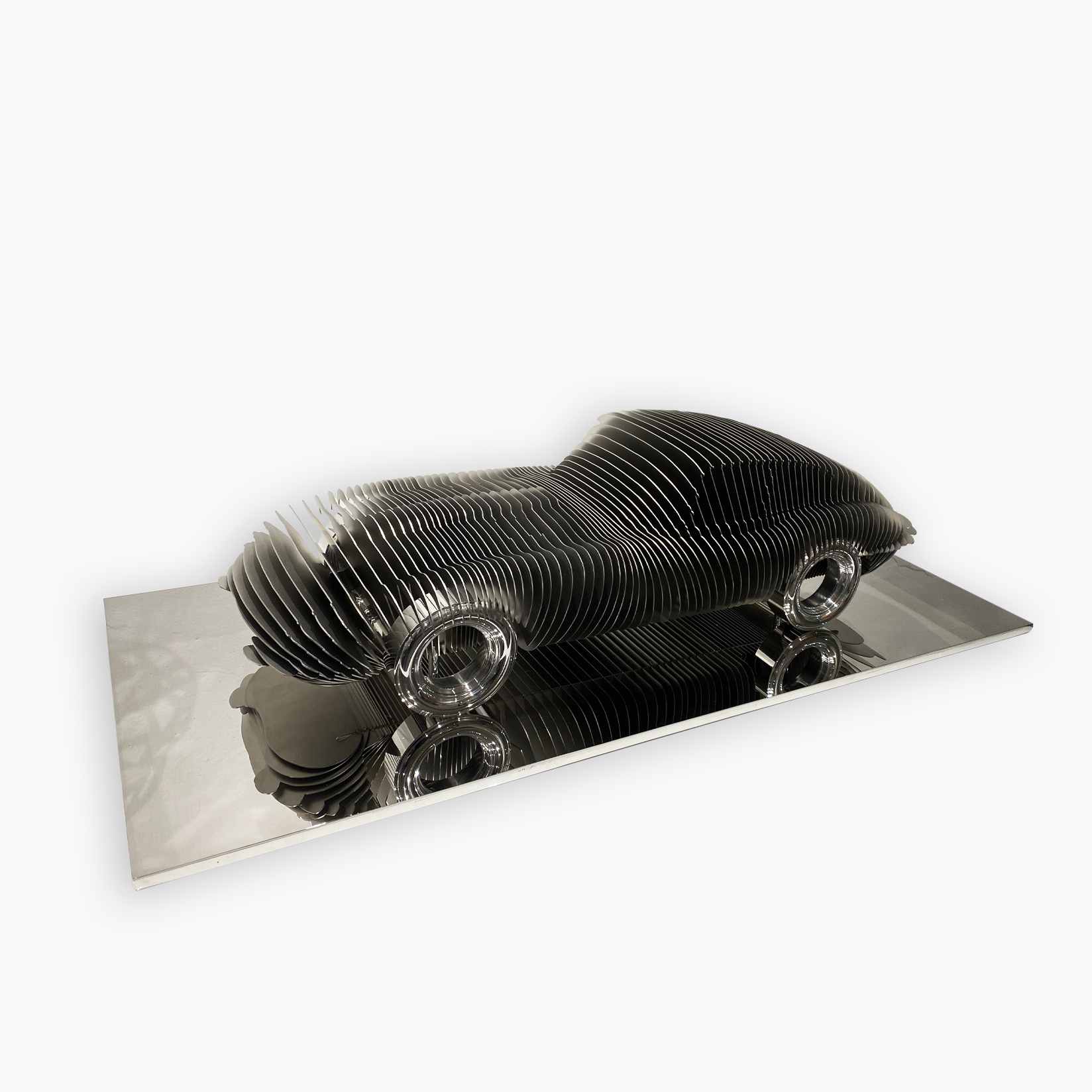 It is by being aware of his roots that a man can grow. Antoine Dufilho knows them, his roots, which plunge into art and medicine. His work proves it.

As a child, Antoine Dufilho learned about the visual arts with his great-uncle, actor, painter and sculptor. Later, studying medicine allowed him to discover and dissect the complexity of human biomechanics. Architectural studies then led him to a new approach to sculpture, in particular to the work of the framework, which once laid bare reveals a succession of full and empty, bringing lightness and dynamism to the general form. .

Antoine Dufilho is self-taught, he experiments with different techniques such as molding and welding to gradually build the aesthetics of his art around this DNA that characterizes him; he began to devote himself fully to it in 2012.

His work consists in exposing an alternation of full and empty, materializing a skeleton, breaking down the shapes into successive layers. A movement is created by this sequenced representation. It is therefore a kinetic vision of a static object that the artist offers us, in particular thanks to the wandering of his observer, which allows a different interpretation depending on his point of observation. The dynamic effect is accentuated by an alternation of symmetries and asymmetries, causing an acceleration or deceleration effect.

The artist is moving forward and intends to advance his art with him, now freeing himself from the figurative, thanks to the abstract.

In fact, abstract art does without a model, only aesthetics and creativity count. It is therefore a new step for Antoine Dupilho, who used his passion for the automobile and his knowledge of architecture to learn sculpture, different techniques, to put into practice different concepts, and more generally, discover his style. He now wishes to apply his work on the representation of movement and lightness in the abstract, which will allow him to go even further in his art.

In his new creations, Antoine Dufilho offers us an optical illusion, furtively revealing the balance of a cube, to the vagaries of the movement of metallic hands.