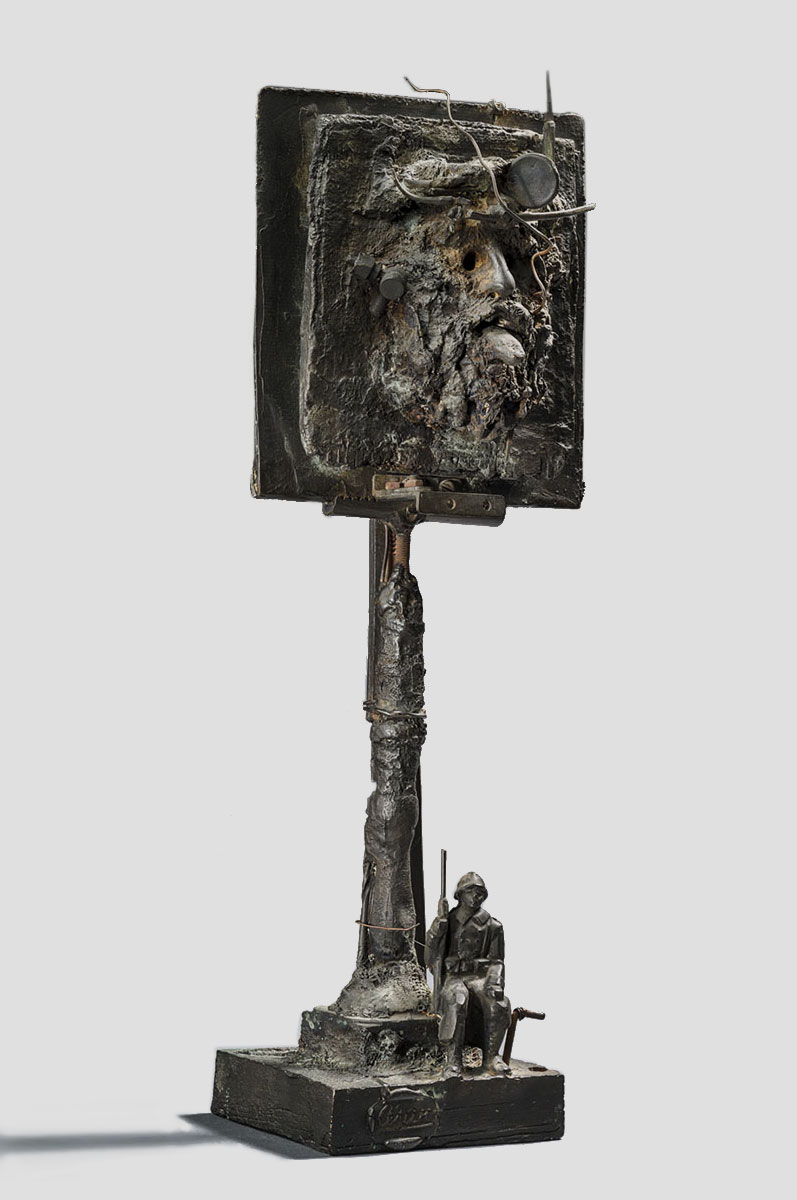 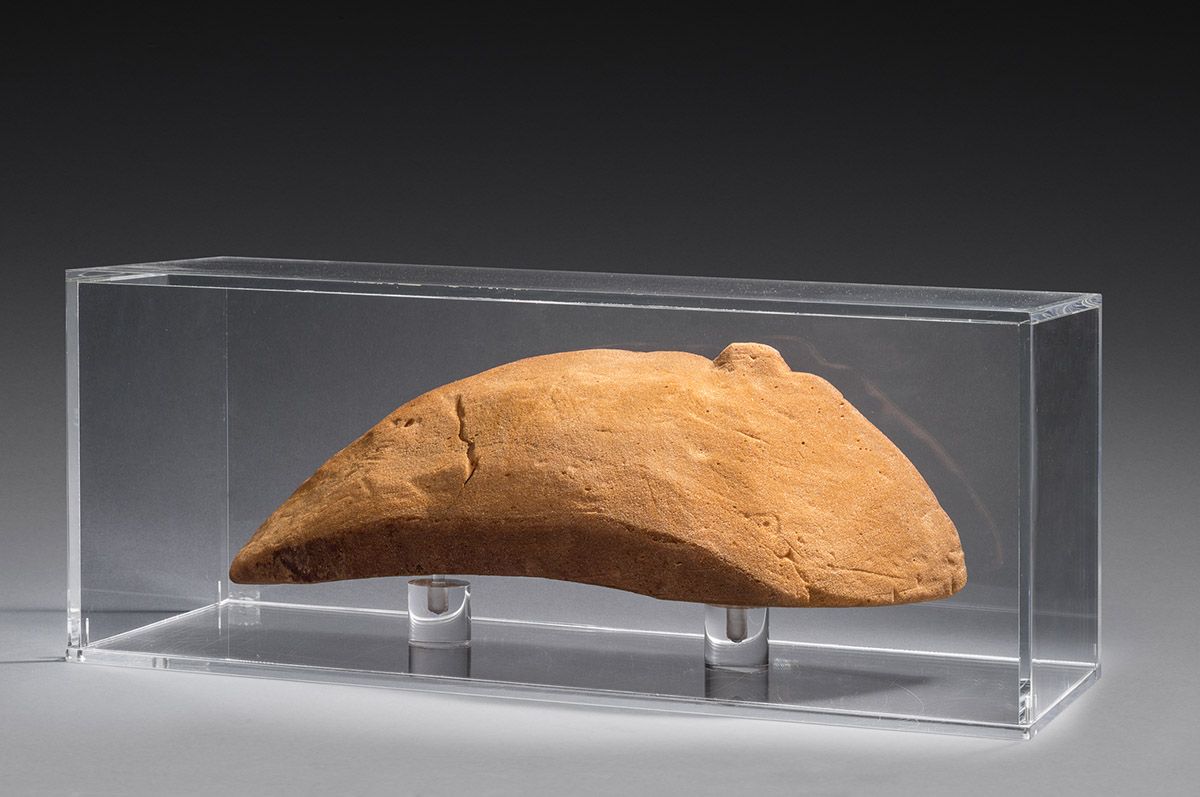 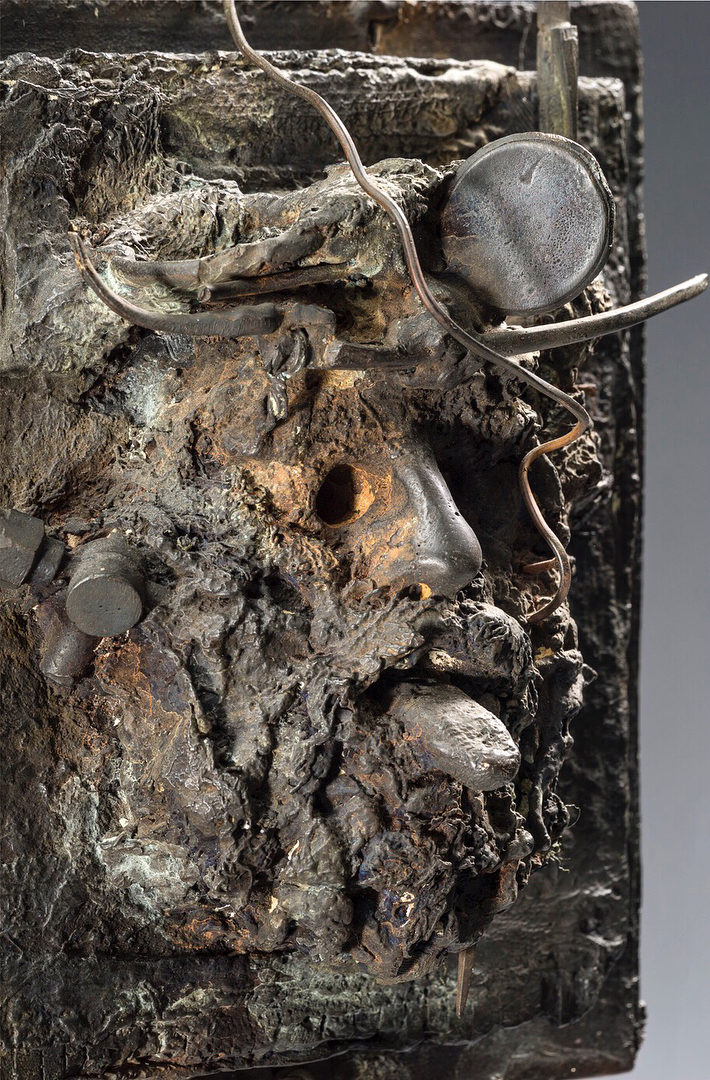 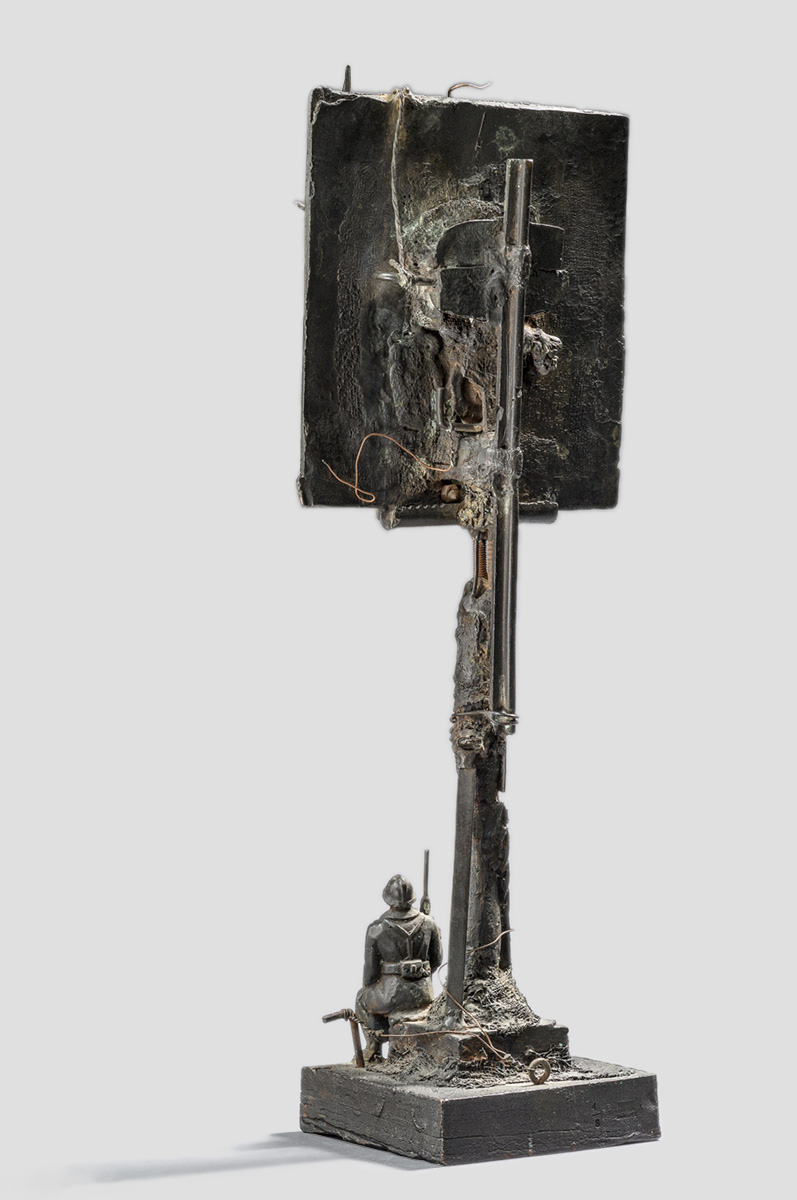 César, French painter and member of the Nouveau Réalisme movement, is best known for his use of compressed cars and recycled metals. Although his work shows similarities to artists like Andy Warhol in his appropriation of commercial products, Caesar is more interested in the formal traditions of modern sculpture, as for example through the work of Alberto Giacometti. Born César Baldaccini on January 11, 1921 in Marseilles to Italian parents, he studied at the École des Beaux-Arts in Paris from which he graduated in 1948. “Despite my classical academic education, my vision with my work on scrap metal”, declares he does. “I entered the industrial world and learned to approach recovered materials according to their own language.” The artist is behind the creation of the bronze trophies awarded each year during the Caesar ceremony. He represented France at the Venice Biennale in 1995 and today his works can be found in the collections of major institutions around the world such as the Center Pompidou in Paris, the Tate Gallery in London, the MoMA in New York.